What would you tell soon-to-be graduates?

Many young adults will soon be making a short walk but also taking one of life’s biggest steps.

It may be one of the world’s oldest clichés, but thousands of high school and college graduates across Central Kentucky have taken — or will do so soon — that march across the stage as they plunge headlong into the next chapter of their lives.

Now is the time of year when you hear a lot about who is going to give commencement speeches. Sadly, you also hear lots of noise about the controversy that often pops up around trying to determine who will deliver the words of encouragement for these young men and women entering the real world.

These distinct sets of graduates each face different challenges, but they are very similar in many ways.

High school graduates are trying to plot the course for their careers and the rest of their lives. College students are still doing exactly the same thing but often hear the clock ticking a little more loudly.

Neither have a roadmap of the future or an unerring path toward success.

In recent years, many cynics have decried the value — and the cost — of a college education, implying it may not be as important as it once was.

That argument is as flawed as the individuals making it.

Regardless of whether you are just entering post-secondary education or walking away with a degree, gaining an education at college or a technical school remains among the best approaches to achieve success.

There are certainly no guarantees, but the lessons learned go far beyond just those garnered in the classroom. The independence, confidence and all-around life skills gained in these settings are absolutely invaluable.

Several years ago I was asked to give a commencement speech to high school graduates. Although scheduling conflicts prevented me from doing so, I put a lot of thought and writing into exactly what I would say.

My comments wouldn’t have been all that original, but they would have been pretty simple:

Shoot for the stars — but understand that your proverbial rocket ship must be fueled with hard work, dedication and perseverance.

Nothing is wrong with dreaming big, in fact, you shouldn’t have any other kind. But all dreams should come with the maturity and realization they only become reality if an individual is willing to do what it takes to make it happen. There will be speed bumps, detours and even wrong turns along the way, but don’t let that deter you from striving for greatness.

So, congratulations and good luck Class of 2018, college or high school. Your journey is truly just beginning. 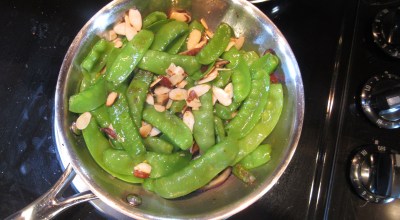 Trying to make sense of it all