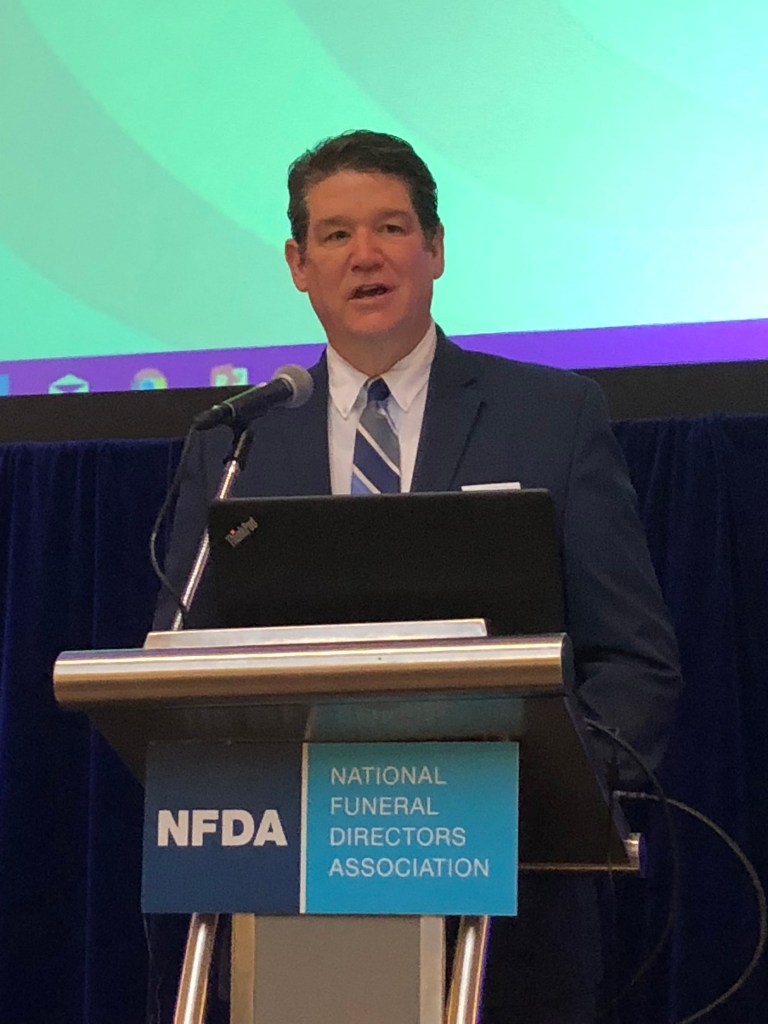 Acting as a member on behalf of the executive committee of funeral directors, the trip focused on the BRAVE Act, or Burial Rights for America’s Veterans’ Efforts Act of 2017. The bill would increase veteran funeral benefits.

“Currently if a veteran died in a Veterans Affairs facility they get more money than a veteran who chooses to die at home,” West said. “We have never thought that was right, but now there is some traction. We made our Capitol Hill visit, and we visited with our legislators and the Kentucky contingent visited with their legislators. We were able to get two more co-sponsors.”

The bill states that with respect to any fiscal year, the Secretary of Veterans Affairs shall provide a percentage increase in the maximum amount of burial and funeral expenses for veterans. However, amendments made by this act shall apply to deaths that occur one year after the date of the enactment of the bill.

“It has been introduced in the house and there is a companion bill in the Senate,” West said. “Obviously they want to get as many co-sponsors for this as they can. I feel like it is an important thing for the veterans.”

Co-owner of Betts and West Funeral Home in Jessamine County, West said veterans often come into the funeral home and ask what their death benefit would be. Because of a grading system used by the V.A., West said he is not able to tell them.

“Some is contingent on where you died,” West said. “We are fortunate in this area because we are really close to Lexington and they have a V.A. facility. But if you are three to four hours away as many Kentuckians are, maybe you are in a nursing facility or hospice care and you die at your home or private hospital, you didn’t get the same death benefits. When we explained that to them they all scratched their heads.”

Another reason West said he was in Washington was to advocate for a separate issue concerning collection and transport of tissue via funeral homes.

“LATTS is concerning tissues and their collection and transport,” West said. “Apparently some other states have had issues with tissue donation and tissue collections and how they are handled. We want to make that standardized around the nation. Kentucky has not really had that problem.”

“Rep. Andy Barr knew I was up there and offered me his ticket,” West said. “I sat front and center with the vice president, speaker of the house and French president.”

West said if others in the community wish to get involved with the BRAVE act, he urges them to contact their congressman.

“They can let their congressman know to please support the BRAVE act and support our veterans,” West said. “That is an easy ask. The cost is not that high and they do a score on it. In all indications, it is not going to be that high. In the past, we have been more concerned about funeral law and its effect on the consumer, but there were none of those issues this time.”

For more information on the BRAVE act, visit https://www.govtrack.us/congress/bills/115/hr1212/text