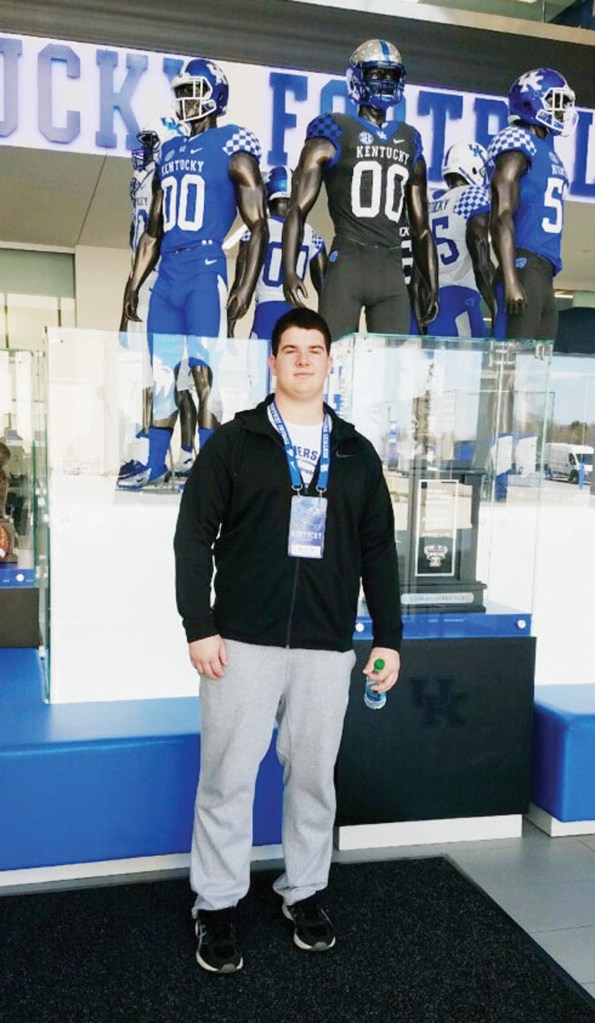 Sometimes high school athletes can feel added pressure if they are offered Division I scholarships, especially from the home-state school.

West Jessamine offensive lineman Eli Cox understands that but says the scholarship offer he got from the University of Kentucky did not put any added pressure on him.

“I have always taken it upon myself to be the best player I can be. The UK offer proves my work has paid off,” said Cox. “I see the offer as an opportunity to validate the work I have done. That’s why the offer is no pressure.”

Another reason was because it was the offer he had always wanted since he grew up a Kentucky fan. His family had UK football season tickets and he’s watched UK games for years.

“It would be a big deal to represent my state. It carries a special sense of pride to play for the home state team,” Cox said after he got his UK offer. “It would also be a big thing to play close to home where my fans and family can support me because my phone blew up after I got the UK offer. My parents are really excited about the UK offer. Dad has always been a UK fan, and for my mom it would be a chance for me to stay close to home and come home on weekends in the offseason.”

That’s why within a few days of having the scholarship offer, he gave his verbal commitment to the Wildcats. He became the fourth member of UK’s 2019 recruiting class — but the first in-state commitment after four of the state’s other top 2019 players had already committed to out of state schools. And don’t forget that UK did not have an in-state signee in its 2018 recruiting class, the first time that had ever happened.

The 6-4, 290-pound Cox already had offers from schools such as Cincinnati, Marshall, Toledo, Cornell and Ball State among his 12 offers when UK made its scholarship offer. Harvard and Princeton had recruited him because of his high academic ranking. Purdue and Louisville had shown interest.

“I wish I had a 100 like him,” Gilliam said. “He is unbelievable. He is a great leader in the weight room and in the classroom. He has got an amazing GPA and (college entrance) test score. This is the first time I have talked with somebody from Harvard. He has a little bit of everybody coming through to talk to him and with the skills and size he has, more are going to keep coming.”

Not now. Cox announced his commitment on Twitter and posted that he was “100% COMMITTED” to Kentucky. He called it a childhood dream to be part of the Kentucky program.

He’s already talking with school counselors about what he has to do to be able to graduate in December and start college in January.

“Getting to college a semester early is a big opportunity to get adjusted to the way classes work, get a heads up on the playbook and get to go through spring practice,” Cox said. “It gives you an extra semester to work toward your degree, and that’s really a big deal to me, too.

“Now I can soak up the memories with my teammates and our last go-round at West Jessamine. I didn’t want to have to think about a college choice and not being able to enjoy being with them.”

Gilliam says Cox has worked to make himself a special player. He bench pressed 350 pounds in a recent weightlifting meet.

“He’s got good strength. They need guys with that to play at that level,” Gilliam said. “But what’s not to like. Academics? Check that off. Character? Check that off. Then you get to the football part and you can check that off. He checks all the categories and I think he’s really going to turn into a special player during his college career.” 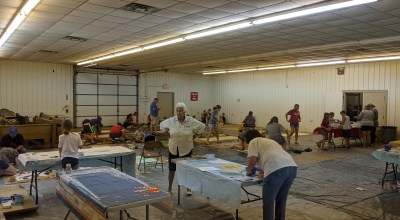