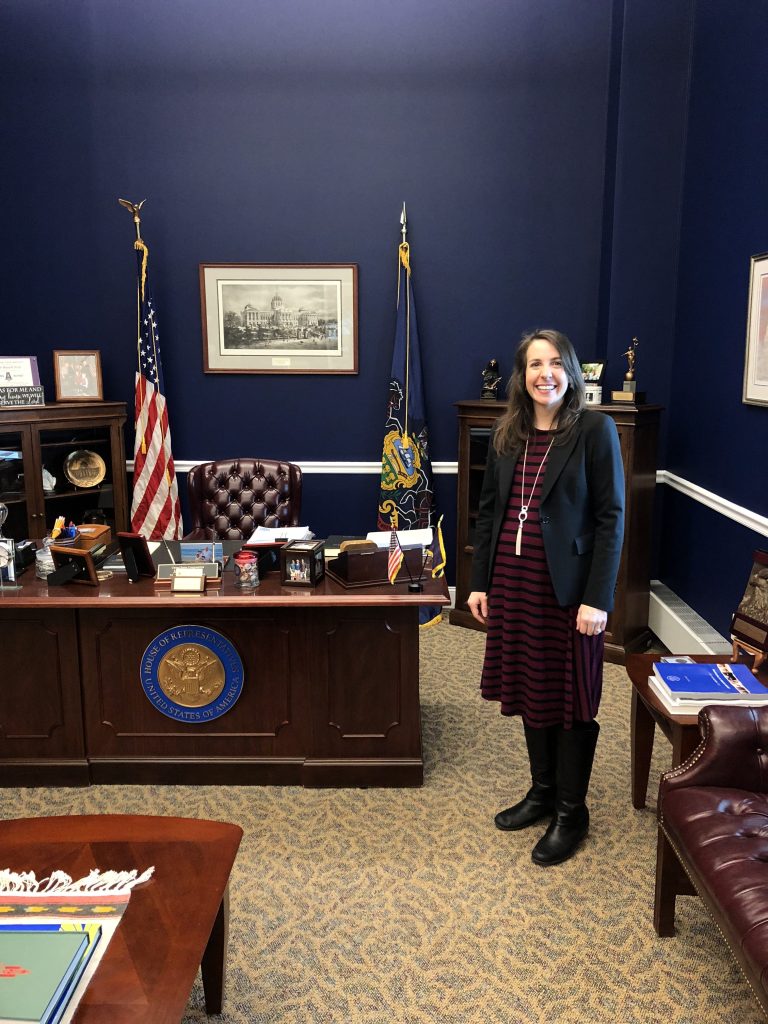 The 38th state treasurer of the Commonwealth, Allison Ball, visited Asbury University last week where she sat down with students in the Joe Pitts Center for Public Policy to encourage them to become  involved with local and national politics.

The youngest statewide female elected in the nation, Ball previously practiced bankruptcy law and focused on consumer rights and commercial litigation before taking her position as Kentucky State Treasurer. Ball spent four years as an assistant Floyd County attorney, where she focused her efforts on prosecuting child abuse and juvenile delinquency cases.

Ball believes people of faith and integrity are needed in public policy, and people need to start seeing public service as a calling. Her visit, she said, served as a great opportunity to talk to students before they graduate and are out in the world.

Ball has a long family history with Asbury University, having completed a semester there herself, and having parents and grandparents who are alumni. Her father, she said, still serves on the board.

For Ball, she said it is important to be able to work with different people in politics from all sides of the spectrum. Asbury, she said, offers students training in those types of areas, allowing them to be able to see people for who they are with respect and courtesy.

“I have seen a difference in some of the movement right now,” Ball said in regards to the younger generation. “I spoke to a group of kids received as civic leaders. There are younger people that are interested (in public policy) after seeing other people do it, and I think that is probably the key. If you want young people to be involved it helps them a lot to see other young people involved.”

Ball said she grew up in a small town in Eastern Kentucky and from a young age always had an interest in policy and public service. Having a family that is very involved in ministry, Ball said she spent her years focusing on being involved in the community and working to make a difference. A skill, she said, which has incubated with her throughout the years bringing her to where she is today.

“Looking at the Kentucky economy a few years ago I realized we need people that are really worried about fiscal responsibility,” Ball said. “Coming from a bankruptcy law background I thought this is a role that has been underutilized. I would like to run for that and use that office the way it should be used.”

Ball said she led the ticket her first time running for office. Working towards the future for Kentucky’s economy, Ball believes it is a multi-step process where those responsible are starting to lay the groundwork and residents will begin to see a lot of things change in regards to help for the future.

“One of the things that I talk about for my office is I have to be the watchdog on spending, so I have a very direct role in making sure the expenditures of Kentucky are consistent with the law and the way they are supposed to go out,” Ball said. “That is the key component in making sure Kentucky is sound footing financial because we have to make sure that we are doing things right at the state level.”

Ball said her trip last week was important in order to encourage students to be involved and assume a greater level of leadership. In doing so, she believes showing support and encouragement to the younger generation will only grow more people like them into taking the same step.

“Being here I am really reminded I went into it very prayerfully,” Ball said. “I really feel like you should not be involved in politics unless it is something you are called to do, so there was a lot of prayers and talking to the people before I jumped in. And, when you jump in you’re all in.”