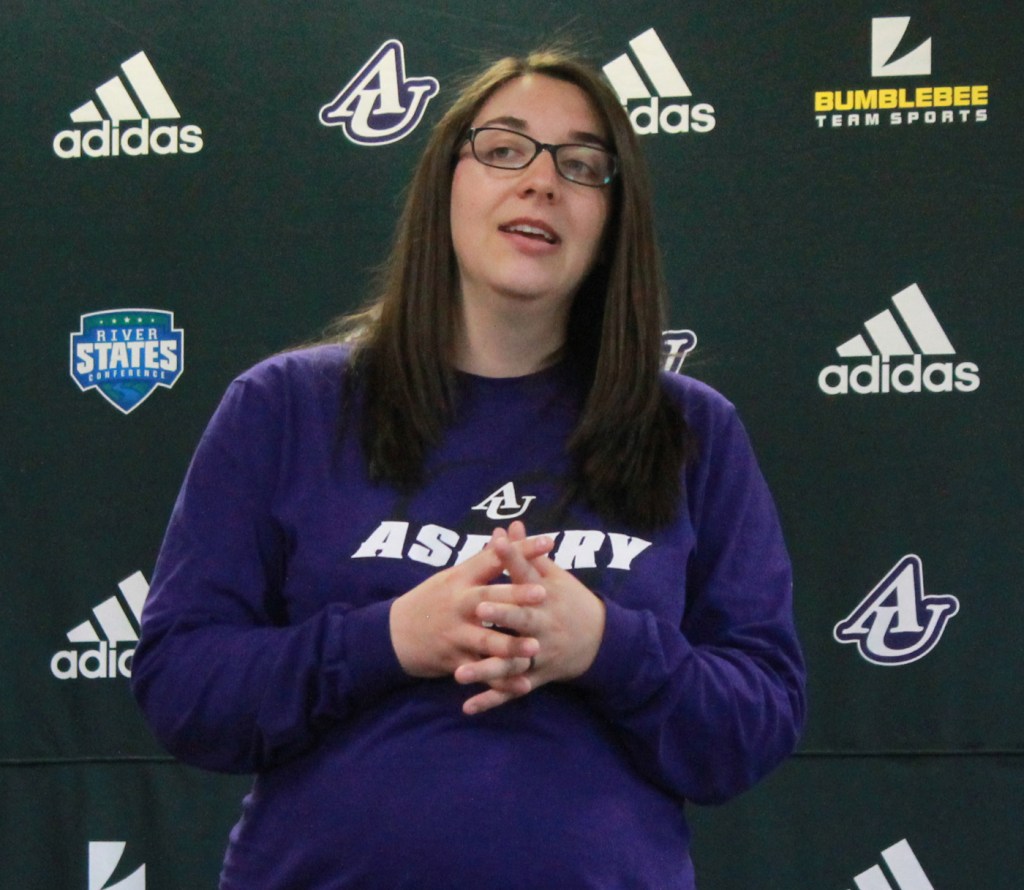 Overton brings not only a winning pedigree as a coach and player, but previous experience as an assistant coach with the defending NAIA River States Conference champions.

“As a four-time collegiate national championship player and assistant coach at AU, we’re excited about the expertise Elyse brings to this head coaching position,” Whitworth said. “Elyse is committed to the mission of Asbury and to our student-athletes. As a former student-athlete, she understands the vital role collegiate sport has in transforming lives and raising up leaders. She is passionate about the sport of soccer and committed to build on the success of AU’s program.”

Overton served the past three seasons as an assistant coach for the Eagles. She played a vital role in helping last year’s team tie the program record for most wins in a season (14), win the conference tournament and compete in the NAIA Tournament for the third time in program history. She has also coached at the youth, middle and high school levels.

“I am humbled and honored to accept this position… it has been a dream of mine for so long,” said Overton. “I have known for years that God called me to teach, but to get to live out my calling in the sport that I love is truly a blessing. I’m so excited to begin this journey as the women’s head coach and I’m excited to see our success build in the upcoming seasons.”

A native of Shelbyville, Ky., Overton played goalkeeper for Lee University (Tenn.) from 2008 to 2012 and was a part of four NAIA National Championships. She graduated from Lee with a middle-grades education degree and has taught math at Shelby County (Ky.) East Middle School for the past five years.

“Elyse is a gifted and energetic educator and leader,” Whitworth said. “She has a clear vision for guiding this program and has articulated a systematic approach to skill and player development which our student-athletes will benefit from greatly.”

Overton steps into the head coaching job vacated by Brooke Lincoln, who recently accepted the same position at Azusa Pacific University in California after five seasons at Asbury.

The Eagles posted a 14-5-1 record in 2017 and graduated four seniors from the squad. “Coach Overton has a lot to bring to the table with her experience and she also knows the game very well,” said junior forward Emily Hubbuch, two-time RSC Offensive Player of Year. “She wants to take this program to the next level and that’s where we want to be while all along integrating faith in that process.”

Asbury is a private, Christian university located just 10 miles south of Lexington in the Bluegrass Region of Kentucky. With a commitment to academic excellence and spiritual vitality, Asbury offers undergraduate, graduate, degree-completion and high school dual enrollment programs to nearly 2,000 students and is annually ranked as one of the top regional universities (South) by U.S. News & World Report. More information about the university is available at asbury.edu. Asbury Athletics offers 17 varsity squads: baseball, softball, women’s volleyball plus men’s and women’s teams for basketball, cross country, golf, soccer, swimming, tennis and lacrosse.  There are also six JV programs for men’s and women’s soccer, men’s and women’s basketball, baseball and volleyball. Asbury is a member of the National Association of Intercollegiate Athletics (NAIA) Division II in basketball, Division I in all other sports. The school competes primarily within the River States Conference (men’s and women’s lacrosse and swimming compete in the Appalachian Athletic Conference). For any additional detail about Asbury University, please contact me at bjohnson@asbury.edu or (859) 553-3797.