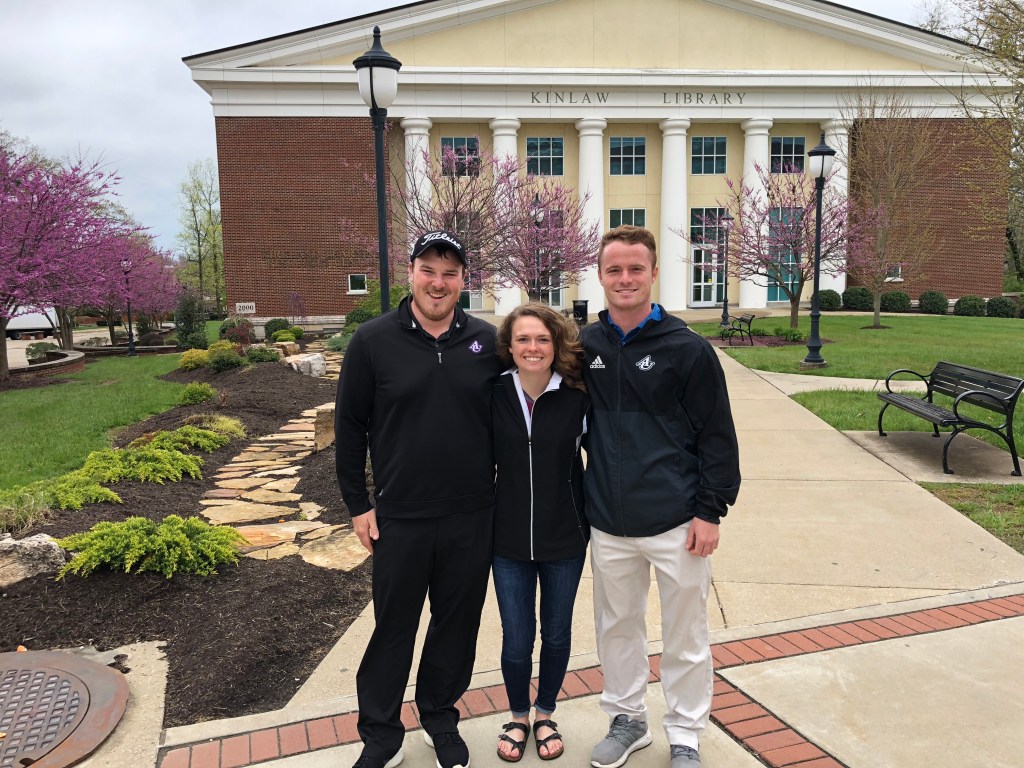 For almost 20 years, PGA has held its Barbasol Golf Championship in Alabama until this summer when a group from Asbury University recently succeeded in moving the tournament to Jessamine County, where it will stay under a new four-year contract.

“A lot of people have heard about it but they don’t actually get that it is right here in our back door,” Coordinator of Asbury’s Sports Management program Michelle Smith said. “This tournament competes against the British Open. The people that do not qualify for the British Open will come to this tournament. It is a really big purse, about 4 million, that is going to bring some really good golfers. It was the one course in town that they could make long enough for the pros.”

Held at Keen Trace, located at 5600 Harrodsburg Road, the tournament is scheduled for July 16-22. Three Asbury students, Mathew McCurry, Hannah McCrebb and Austin Baker, were picked for internships, and will help in the areas of merchandise, pro shop, marketing and sports management.

Originally a Christian Ministries major, Baker said after taking Smith’s course, he switched professions because he wanted something more practical to pursue once he finished college. Having a natural love for marketing and sales, Baker said Smith has already connected him with many people in Lexington.

“It has helped me a lot,” Baker said. “I do marketing as a part-time job. This has supplemented that. It has shown me how to make cold calls to companies that are unaware of the event and convince them to sponsor it in some way. I am really excited about it. I can learn from a lot of guys who have been in the business for a long time and sit in on meetings.”

For McCrebb, as someone who has always played sports, the draw was being able to find a profession where she was not stuck at a desk for hours on any given day.

“I am more management of the tournament,” McCrebb said. “I enjoy seeing how the inside of the tournament is run. Some of the things, when I go and watch as a spectator I don’t think about (what) goes into it.”

Returning from a second place win at the Riverstate Conference, senior McCurry said his role in the internship will help prepare him for his new job as head of the pro shop at a golf club in Indiana after graduation. McCurry said he looks at the tournament as a learning experience and he plans on getting involved in any way he can and taking his knowledge with him to any position he may have in the future.

“I am helping out with the mechanics and doing a lot of what the head pros would do dealing with merchandise in the pro shop,” McCurry said. “I am on the course and managing the course and everything. I am enjoying it, it is a lot of fun.”

As a precursor to the event, Asbury brought a golf simulator to campus last week and let students hit balls between classes as part of a de-stresser during finals week. Giving the students the ability to compete against one another and play every course in the country, the simulator also had a leaderboard for longest drive. One student also won tickets to the golf tournament this summer.

“I am looking forward to the tour,” McCurry said. “I am ready for it to be here. Just seeing everything behind the scenes and everything that goes into it is pretty amazing.”

For more information on the tournament visit https://www.pgatour.com/company/2017/10/18/barbasol-championship-moving-lexington-kentucky-2018.html