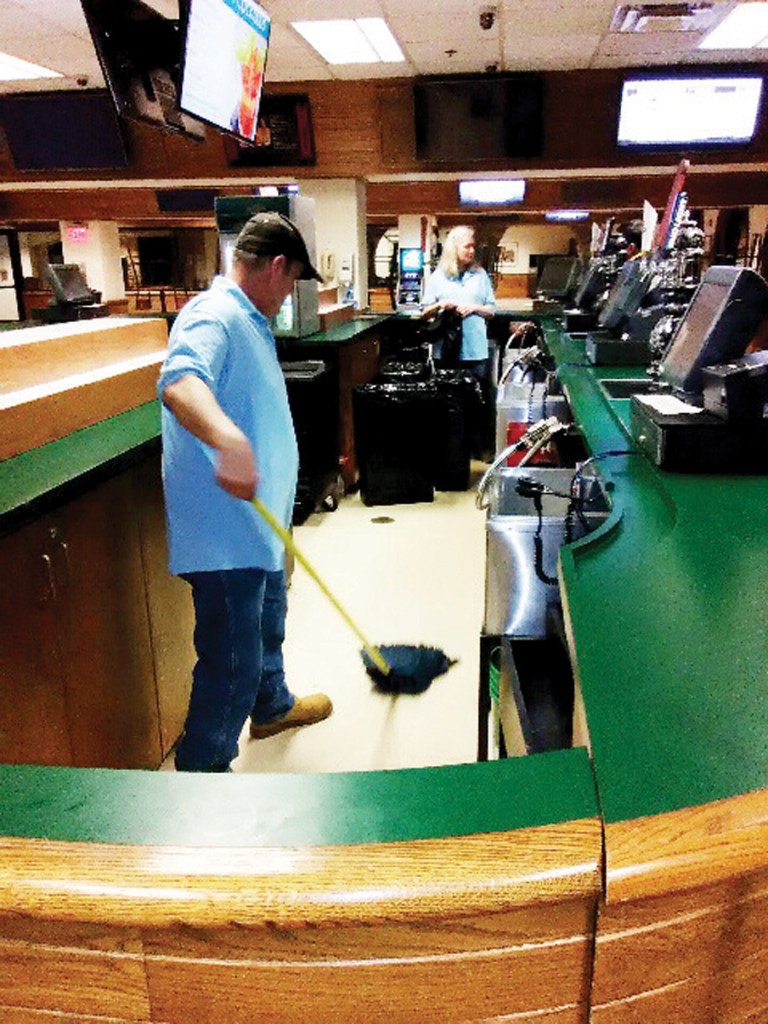 All money raised goes to support the shelter

The Jessamine County Homeless Coalition is searching for residents to donate their time by helping clean floors at Keeneland in the food service area to raise funds which in turn help support the shelter for up to half-a-year.

The shelter is in need of anyone in the community ages 14-years-old and up, who is willing to donate three-to-four hours a night, or anyone 20 years of age or older who can also donate their time to help serve food during the day at Keenelend, which will then donate money towards the JCHC, said executive director Johnny Templin.

“JCHC is a non-profit that operates on donations,” Templin said. “Ninety five percent (of its revenue) come from individuals, businesses and churches. So finding unique sources for donations, like Keeneland, is vital to our success.”

JCHC offers 3/4 a day emergency stay in Jessamine County with 90 case managed programs. Templin said the facility offers laundry, showers and three meals a day to the community. The shelter, he said, earns donations from Keeneland eight weeks a year during the months of April and October, and JCHC can help transport volunteers to help cover the cost of gas, and a meal is provided by the race track for those who donate their time.

“It currently takes about $50,000 per year to operate JCHC,” Templin said. “Our community is amazing and we are blessed beyond belief, but as a young organization trying to find our way this opportunity allows us to not have to ask for a donation from people any more than necessary.”

“It’s called NPO Volunteering and a lot of sports venues do it,” Templin said. “Also, we can use people during the day as well serving food, but this requires a 10 a.m. – 6 p.m. commitment.”

The JCHC opened in November 2016, although might not have opened at all Templin said if it had not been for the help of the county’s state inmate program and Jessamine County Jailer Jon Sallee.

“We secured this property in January 2016 and the same day we received a quote for $71,000 for the inside plumbing alone,” Templin said. “God gave me the idea to reach out to Jon Sallee and try to secure help with the county’s state inmate work program. When Mr. Sallee said he had a licensed plumber and would ask, I knew God had delivered and we would reach our goal.”

Templin said Sallee was able to bring five to eight inmate workers for nearly 2.5 months, five days a week, to help finish the project which ended up costing the facility $1,900 instead of the original $71,000.

“(By volunteering people can) fulfill the peace of mind and answer a calling to help others,” Templin said. “Basically even helping just one day provides the satisfaction of extending help to 26 people and serving 80 meals to our community.”