Bringing a classic to life 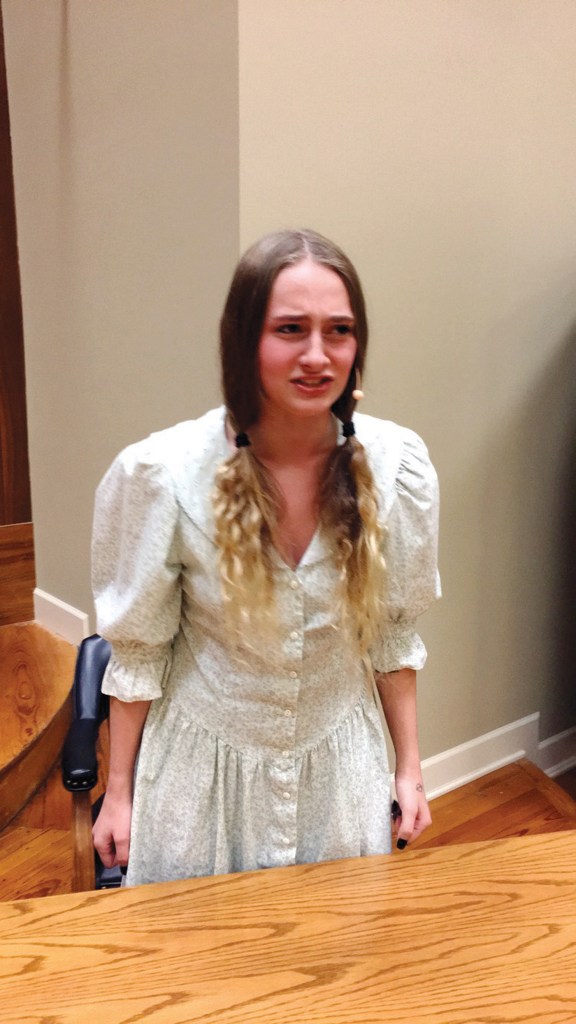 ‘To Kill a Mockingbird’ premieres Friday in Jessamine courtroom

Cal Theatre brings a classic novel to the stage of the historic Jessamine County Courtroom this weekend.

Dramatized by Christopher Sergel and taken from the novel by Harper Lee, the show is scheduled for 7 p.m. April 27 and 28, with an additional performance at 2:30 p.m. on April 29. Performances will be at 101 N. Main St., and tickets can be purchased for $12.50 by going online to www.caljessamine.com.

“We chose this show because of how unfortunately relevant it is to our society,” director Lindsey Carlstedt said. “Its themes are a regular topic of conversation, and that’s what is so beautiful about theatre; its ability to open the door to healthy conversation. ‘To Kill a Mockingbird’ is a classic novel, and it translates beautifully to the stage. The show has strong roles for talented actors, and we are thrilled to have the opportunity to present this show in Jessamine County.”

Carlstedt said with all actors who auditioned, there were difficult decisions that had to be made in casting each role.

“We were ecstatic about the turnout for the auditions, and it proved that there is absolutely a need for more community theatre in the Jessamine County area,” Carlstedt said. “The rehearsal process has been really beautiful to observe. We took 20 strangers, and we challenged them to come together to tell a heavy, emotional story and (we) have enjoyed getting to watch them perform as a single unit.”

Jason Price, who takes the stage as Atticus Finch, said the novel is one of his favorites and he decided to try out after being persuaded by his daughter.

“My daughters have been very involved with high school theatre at East Jessamine High School,” Price said. “Lindsey Carlstedt is the director there and put the word out for an open call for the play ‘To Kill a Mockingbird.’ I was excited at the prospect of community theatre in Jessamine County, and being part of a play with my daughter. I have had an amazing time working with our marvelous director and my fellow actors. Not only that, but I feel I am learning and growing as we bring this play and its message about injustice and its terrible effects on life.”

“I did not plan on being in this show, but it has been an awesome experience,” Duncan said. “I joined the cast a few weeks ago and have felt welcomed as if I have been here since the day of auditions. Lindsey, Amy,, and the tech crew are great at what they do, and my fellow cast members have so much talent to share. I was very uncomfortable when I began to study my character and I wasn’t sure I would be able to pull it off. However, this was an opportunity for me to grow as a performer and push myself beyond my comfort zone. I feel honored to be able to play the role of Bob Ewell and to tell this story.

“The only way to truly move past the injustices of the world we live in is to raise awareness, and that is what I am doing by playing ‘the bad guy.’ We cannot control the way other people treat each other, but we can make an impact with more power than we realize. We must always remember that like Atticus Finch says, ‘all men are created equal.’”

Carlstedt said the crew consists of 20 actors and six crew members. Three young children, she said, joined the cast as well for the performance.

“We also have three young actors in the roles of Scout, Jem, and Dill,” Carlstedt said. “Jenna Johnson, Cooper Bartlett, and Andrew Stombaugh are phenomenal young actors, and they represent a naive, accepting side of the racial issue presented in the play.”

Carlstedt said getting the opportunity to perform in the courthouse has been amazing, and those who attend should expect to laugh and cry.

“They will certainly be reminded that it’s not always easy to do the right thing,” Carlstedt said.

“But, in the end, doing right by someone allows you to keep your head up. We believe this is the beginning of something big for Jessamine County. We’d love to have all the folks of Jessamine come join us for this beautiful start.”

For more information or to purchase tickets, visit  www.caljessamine.com.