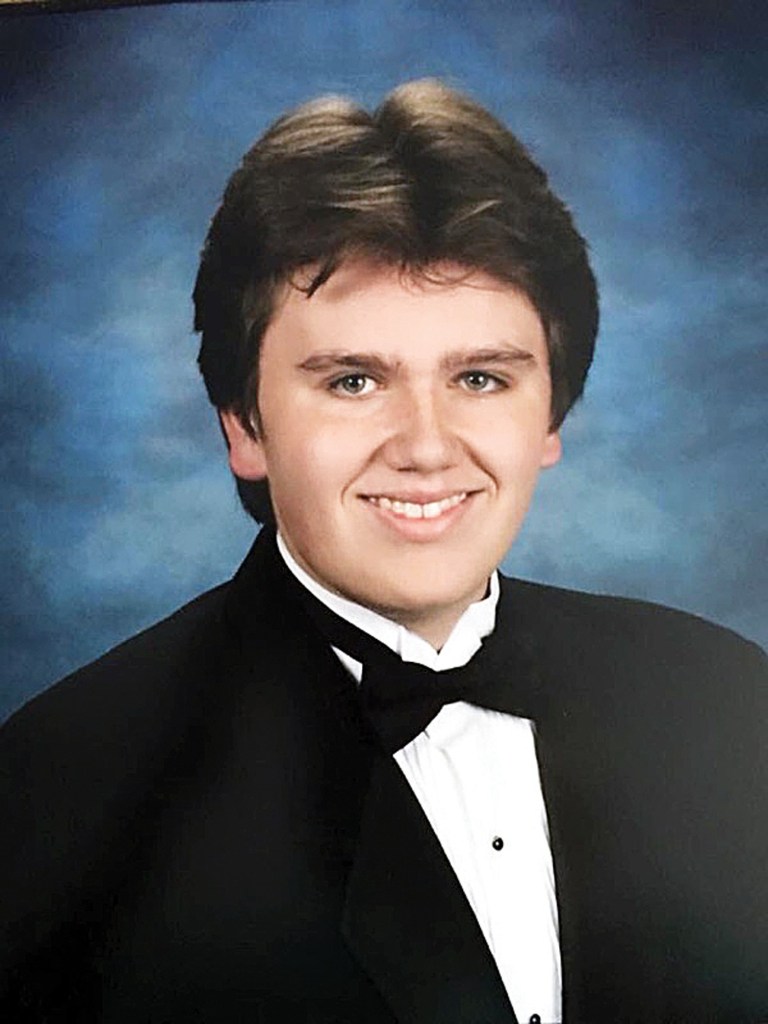 West Jessamine High School student David Moore Jr. had big dreams in life, one of which was to eventually return to Jessamine County after college and open his own music school for underprivileged children.

“We used to travel together constantly in the car and we used to come up the 27 and he would say, ‘you know dad, Nicholasville needs music,” David Moore Sr., David’s father, said. “‘Look at all this land,’ he would say, ‘when I have made enough money, when I have got enough spending where I can bring donors in, I am going to come back and build a music school for underprivileged kids.’”

David Jr. passed away earlier this month, on April 3, from an unexpected heart condition while in Florida for spring break.

Born July 12, 2001, David was laid to rest in a state David Sr. calls his spiritual home, and services were held.

Since his passing, the Kentucky Music Teacher Association has started a David Moore Memorial Scholarship fund which helps young musicians plan for their future in musical education, provides funds for youth to attend summer camps as well as funds to teach young children how to play the piano.

“That is what the KYMTA is picking up on, and they are going to make cups and competitions in David’s name,” David Sr. said.

“His dream was to go to university and major in musical performance, stay on and get his doctorate and probably composition and then he wanted to teach in a college environment.”

David Sr. said his son started playing the keyboard when he was six years old. Always playing with toys which had music, David Jr.’s father said he would listen to them as he fell asleep at night.

“I would play Baby Einsteins,” David Sr. said. “I used to put those on for him and this one time this Baby Einstein finished, and I heard it. I listened and it was over. It finished and I was like what is going on. I went back in and David was playing it on the keyboard. I suddenly realized he could hear a piece of music and go to the keyboard and play it.”

Throughout his musical career, David Jr. had many achievements, including winning the Kentucky Young Composers’ Contest in 2011, 2014 and 2016. He was selected in 2017 for the Governor’s School for the Arts. He won first place at the Lexington Bach Competition 2001-2017;  Winner of Music Teachers National Association Senior Piano Competition at state level in 2016; 2015-16, and he received the rating of “Distinction” at the Associated Board of the Royal Schools of Music practical exam. David Jr. won the Music Teachers National Association Junior Piano Competition at state level in 2015, and his choral composition was selected by the University of Kentucky Chorale. David Jr. was also a member of the National Society of High School Scholars, a singer and accompanist for the West Jessamine High School Choir and a member of the Lexington Singers’ Children’s Choir from 2009-11.

Privately, David Jr. took piano lessons from May Man in Lexington from 2014 until his passing.

“I was fortunate to have worked with David for four-plus years but had watched him grow musically since when he was about eight,” Man said. “David was the second or third most talented student I’ve taught in my 33 years in Lexington. He was gifted with perfect pitch and was a ‘natural’ with musical expressiveness. His musical sensitivity, along with his physical facilities for piano allowed him to bring to the audience tonal pictures in his imagination. He improvised readily, enjoyed composing and already had composed over 30 pieces, most of them done away from the keyboard.”

“David was the most kind-hearted, good-natured and unassuming young person I’ve ever met,” he said. “He was always poised, modest and full of optimism. I was his teacher in pianistic technique and artistry; he was my teacher in attitudes and approach to life. With David’s passing, I feel part of me has also been taken away.”

“His favorite was going to be TCU,” David Sr. said. “We spent the first three months of this year traveling to universities. West Jessamine has been absolutely fabulous. They told him he could make up his work online or when he got back to school.”

David Sr. said his son was a beautiful man, full of humility and had a great heart. That was evident in his music and his life, he said.

“He played with such feeling with such heart wherever he played, even if it was in competitions,” David Sr. said. “He would compete with a lot of other kids and the parents of the other kids would pass tears for his performance because he would play with his heart. He had this presence where he would embrace the piano and he made pianos sound like a word from God. He played with that sort of spirit. This is what people are remembering. That is how he played his music, he sat down and it was like a beautiful dawn. He was grateful. That is how I raised him to be grateful for another day. He just embraced every piece of music like it was a new dawn.”

For more information, about the David Moore Memorial Scholarship through KMTA, visit kymta.org/in-memoriam/david-moore.