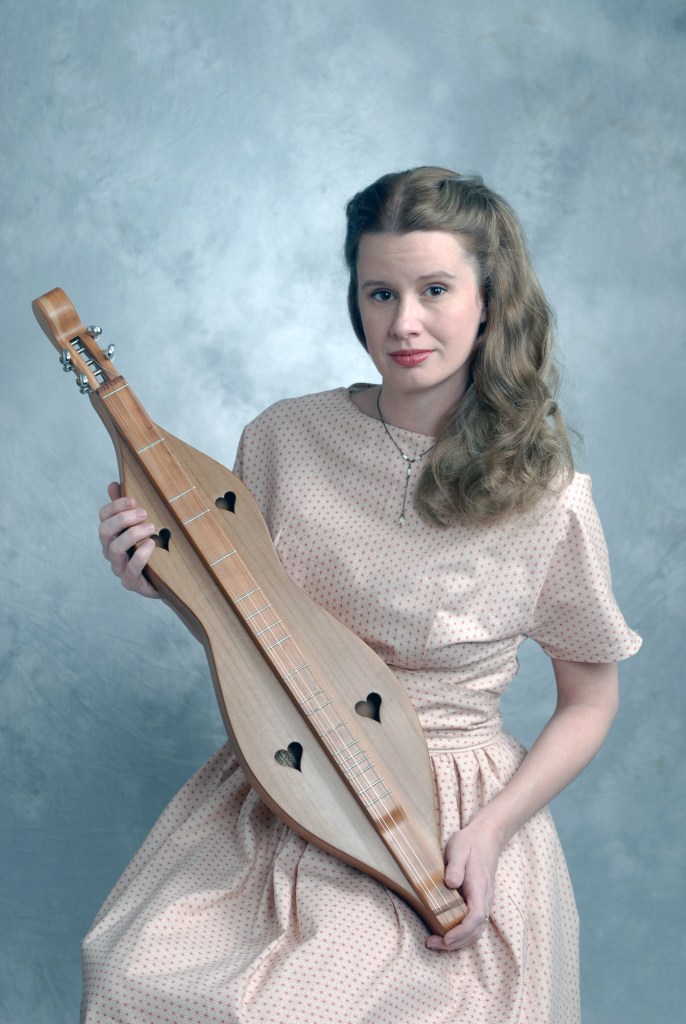 Dedicated to historically-accurate dramatizations of Kentuckians, Kentucky Chautauqua will present the life of Jean Ritchie, at 6 p.m., April 26 at Wesley Village, located at 1125 Lexington Road in Wilmore.

Ritchie, born in Viper, Perry County in 1922, is well known for her protest song about strip mining, “Black Waters.”

“(Ritchie) was the youngest of Balis and Abigail Ritchie’s 14 children,” Morgan Lowe, Chautauqua coordinator said. “She began her recording career in 1952, signing with Elektra Records. Throughout her career, she recorded more than 35 albums, which strongly reflected her Kentucky heritage and featured her playing the mountain dulcimer.”

Known as the “Mother of Folk,” Ritchie was a major contributor to the national revival of folk music across America during the mid- to late-20th Century.

Rachel Rogers will portray Ritchie in the performance titled “Jean Ritchie: Damsel with a Dulcimer,” as part of the Kentucky Humanities  Chautauqua program, a statewide service delivering dramatizations of Kentuckians who have made valuable contributions to the state’s history and culture. Bringing to life more than 70 people from Kentucky’s past, Kentucky Humanities is a non-profit affiliate of the National Endowment of the Humanities.

“It is the first time Rachel Rogers will perform her Jean Ritchie presentation at Wesley Village, but she has performed this act for several organizations, schools, libraries and communities across the state,” Lowe said. “Rachel Rogers joined the Chautauqua roster as Jean Ritchie in 2017, and Wesley Village previously hosted Virgil Covington, Jr. as William Wells Brown in September 2017.”

Lowe said Wesley Village personally chose to book the Jean Ritchie performance as a free event to the local public.

“At Kentucky Humanities, we are telling Kentucky’s story,” Lowe said. “In providing historically-accurate dramatizations of Kentuckians who made contributions to our culture and heritage, Chautauqua exhibits the value of the humanities in communities and schools across the Commonwealth. Specifically, this program provides an opportunity for the residents of Wesley Village to enjoy a theatrical presentation that is accessible and free.

“Kentucky Chautauqua is made possible through the support of the National Endowment for the Humanities and many statewide funders who subsidize these programs. We are appreciative of the support from our local funders, PNC Bank and The Honorable Order of Kentucky Colonels.”