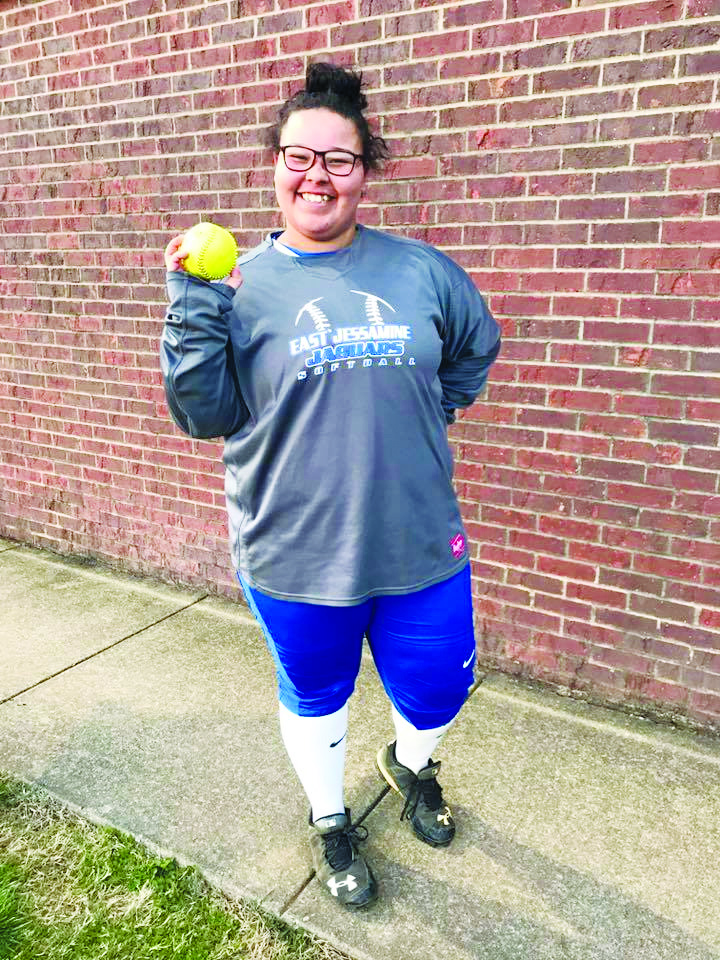 The Lincoln County Lady Patriots took the Lady Jags down to the final frame of last night’s varsity softball game with East coming from behind to claim a 6-5 victory.

The Lady Jags were led by senior Katlyn Robinson’s three-run home run in the bottom of the seventh inning.

The Lady Jags took a 3-1 lead into the seventh inning before Lincoln rallied for four runs and carried a 5-3 lead into the bottom half of the frame.  Stansbury started off the inning with a hard ground ball up the middle, which Naylor followed suit with a line drive to left field to put runners on first and second with no outs.

After Mallory McDowell grounded into a fielder’s choice, Stinnett advanced the runners to second and third with grounder to the second basemen.

Robinson took the first pitch of the at-bat over the right-center field fence to win the game in walk-off fashion.