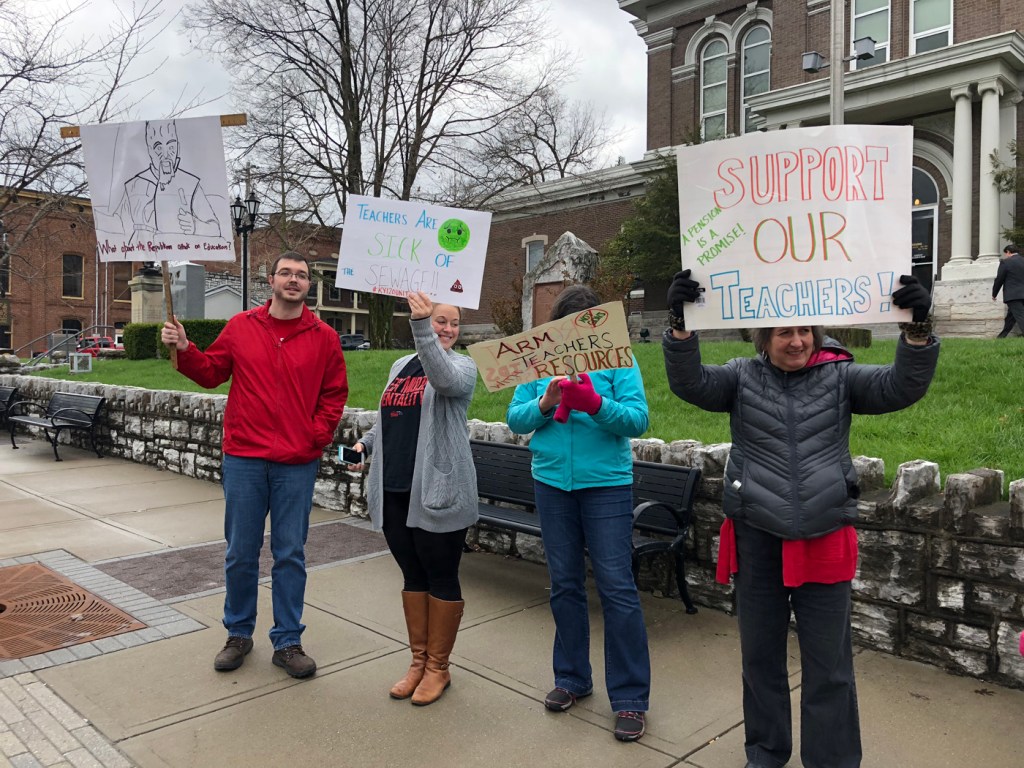 Shouting “You vote now. We vote later,” protestors held signs which included demands for Gov. Matt Bevin to be voted out of office.

“We understand there is a problem,” Heady said. “We are asking for tax reform and additional revenue to fix this problem instead of putting it on the backs of new teachers. Our children and our grandchildren will not have futures because it is going to demolish our public education.”

Jessamine County Education Association Vice President Janet O’Connel said education in Kentucky needs to be put first, and teachers, educators and parents across the state are standing up to what is happening concerning SB 151.

“It is one of the first things that people think of because it impacts our future and the very people that matter are impacted by this,” O’Connel said. “I am also personally concerned about rising educators or someone who wants to be an educator in Kentucky. There is no guarantee, there is no livelihood it is going to cripple our ability to get qualified teachers and individuals who want to be a part of education.”

“He has done several things for teachers to go to Frankfort to talk to legislators and share concerns with them,” Botts said. “We are so pleased with his support through this process.”

Boots said he is concerned about what will happen if the budget passes and joins with his fellow educators in support of the local students, schools and community who feel as if their voices were not heard and feels legislation which was recently passed is discouraging for those wishing to come into the teaching profession.

O’Connel said she is helping teach a new pathway in Jessamine County schools which is designed to help young people who are hoping to become educators.

“This scares me of what it does to their bright plans,” O’Connel said.