A ‘Theater of the Mind’ 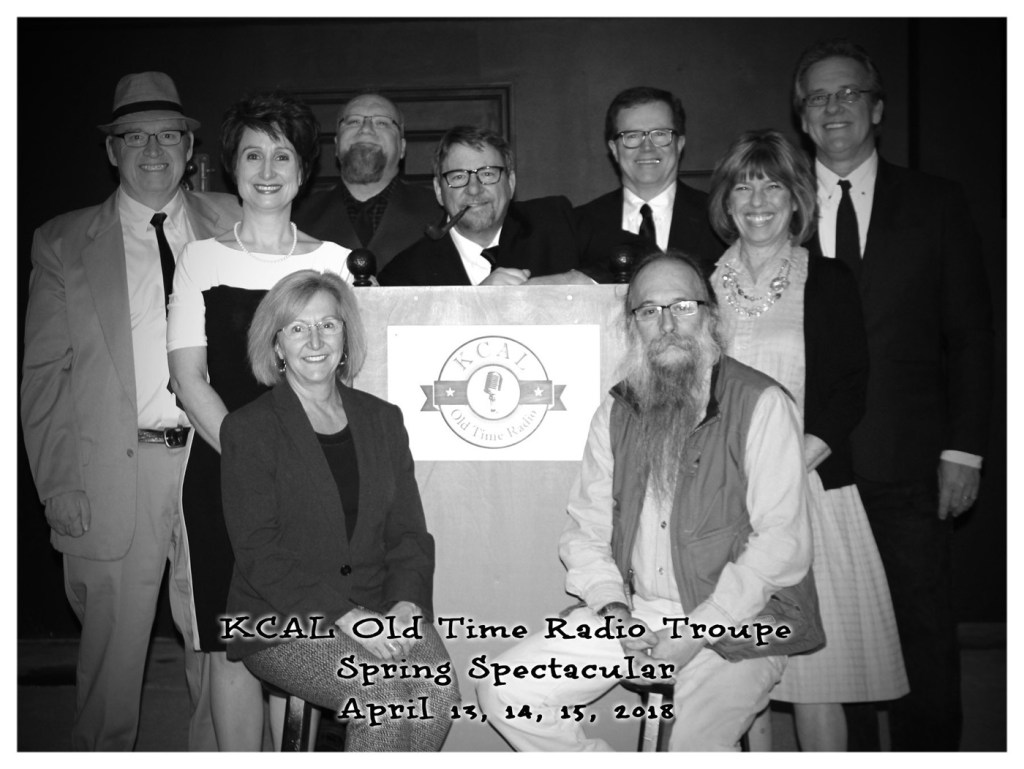 KCAL Old Time Radio Troupe will unveil a new show this month unlike any it has produced before.

Also new this year, is a quiz show called “What Do You Know,”  where one lucky audience winner will have a chance to win some cash.

“I have had in my mind for a couple years now that I’d like to reproduce a quiz show,” director and producer Doug Fain said. “We have done comedies, westerns and dramas but never this type of program. The problem is you can’t find scripts of those shows because they were performed live and they weren’t scripted to start with. So, in order to reproduce a quiz show, we had to basically come up with our own.  I discussed it with fellow cast members Norman and Denise Cline and David Damron. Between the four of us, we met and wrote a skeleton for the show.  Damron then put all the finishing touches on it. Then, at our practices, we ‘embellish’ it if you will.”

With all proceeds donated to the Creative Art League of Jessamine County, the show will consist of one 90-minute program encompassing two episodes. At intermission, Fain said those who attend will be treated to refreshments. For those who have never attended before, Fain invites everyone to come and experience what he calls family appropriate wholesome entertainment.

“We have people of all ages come to our show,” Fain said. “Some of the people are old enough to actually remember old time radio and how it worked, and then you have people who have never experienced it. Those people always leave our shows telling us how much they enjoyed not only the entertainment but learning about the way it used to be before television really made it big.”

Fain said performing in front of a live audience allows his team to put their own special touch on the reproduction. Not just limited to reading the script, those involved may actually get into character by dressing the part.

“What you see is not a 100 percent reproduction of the way it was done back then but we get pretty close with our own special KCAL twist,” Fain said.

For those who have never heard of or been a part of old-time radio productions, Fain describes them as a way in which the audience uses their minds and imaginations to realize and see what they are hearing.

“One phrase we like to use is ‘theater of the mind,’” Fain said. “Before the days of television all of the programs were produced on radio and people would listen daily or weekly to their favorite shows. It might be something like ‘Gunsmoke,’ or ‘Boston Blackie’ or ‘The Lone Ranger’ or ‘Jack Benny.’ Many of the things we do mimic those days such as we read from scripts.  In the days of old-time radio since there were no television cameras so you didn’t have to worry about memorizing your part. We also try to dress in period clothing.  We make our own sound effects in the shows as well.”

Fain said how much cash the winning couple will walk away with in the quiz show is a secret, much like the comedy featuring Fiber and Molly.

“In this episode, Fibber forgets his anniversary and when he remembers it, well, come see how it ends.”