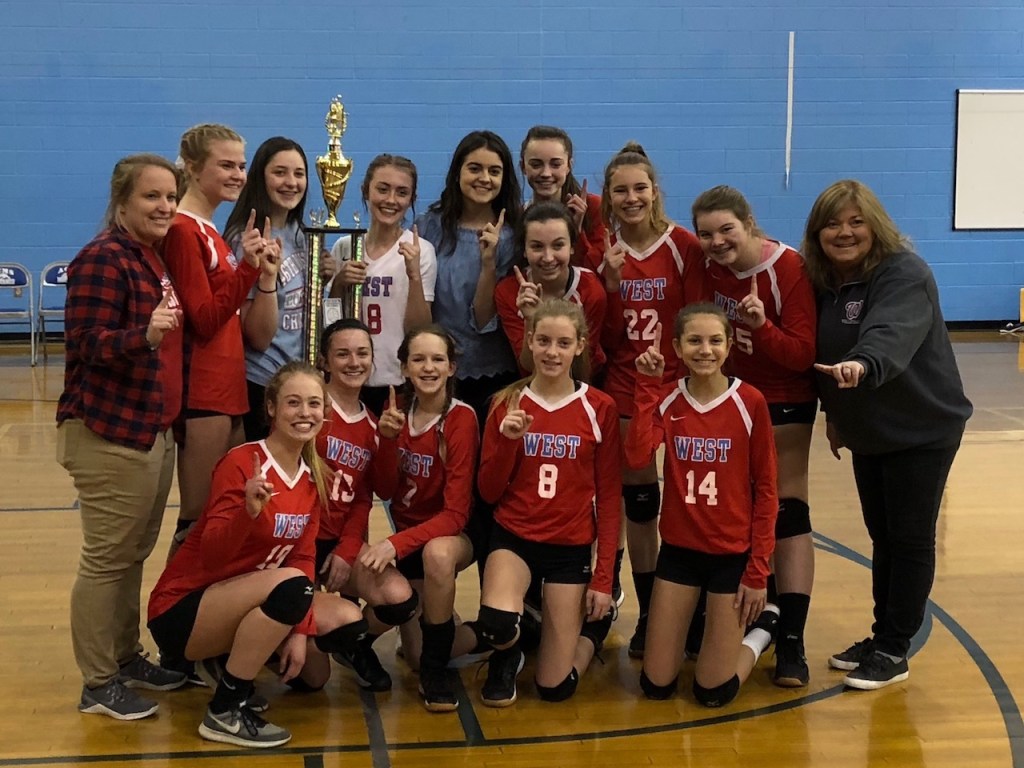 The West Jessamine Middle School girls volleyball team has dominated on the court for the past three years, and this year proved no different.

The team capped off its season with a win at the Salt River Championship against Bondurant Middle School from Frankfort.

Coach Laura Ashcraft was responsible for leading the team to an undefeated record this season.

“The players set the goal for themselves at the beginning of the year to go undefeated and to win the conference,” Ashcraft said. “They did both.”

Ashcraft said she was praying during the match. Although her students had already seen unprecedented success, Ashcraft doesn’t want to take credit for their abilities.

In the past three years, WJMS has lost only one time which took place in February 2017, Ashcroft said.

While volleyball is important for Ashcraft and her athletes, she said she is proud of their efforts.

“They are good people and I am honored to work with them,” Ashcraft said. “Volleyball is a secondary pursuit. I am always proud of them.”

But for Ashcraft, volleyball is more than just a way to exercise or compete. Ashcraft said she takes pride in making the game fun.

“My greatest strength is my ability to put everything in perspective and convey that to the players,” Ashcraft said. “For example, this is middle school athletics – it should be fun. If it’s not, we are doing something wrong,” Ashcraft said.

“Volleyball is a way for athletes to learn how to work together as a team. The sport enables more young women to be involved in sports and possibly find one that becomes their passion.”

“Each time we speak with coaches, we talk about teaching transferable skills, how to be a good teammate, how to work through challenges, what it means to be accountable to others, how to set goals and work toward them and the list goes on,” Simpson said.

And that hard work the coaches said has paid off.

Ashcraft said, “Most coaches who play against us in the Salt River Conference compliment the players on their sportsmanship. That is also a great source of pride.”

For the team, Ashcroft said the WJMS volleyball team is looking forward to next season after winning the championship this year.

“I know these girls will not rest with this achievement,” Ashcraft said. “They have greatness yet to achieve.”