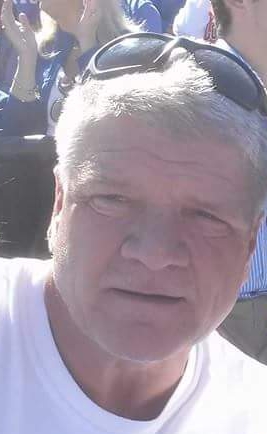 Mark A. Walters has lived in Jessamine County for 48 years and announced he will be running for Jessamine County magistrate in the 2018 election. He is the son of Manuel Leander Walters Sr. and Sue Ball Walters, and has three brothers Manuel Jr., Connie and Wayne Walters. Walters has three sisters; Denis Adams, Kimberly Gross and Lelia Huffman. He is the husband of the former Teresa Laney with whom he has two sons Joseph and Mark L. Walters. He also has two grandchildren, Will and Addison.

“In 1995 I went into business for myself building new homes in the  county,” Walters said. “Today, I continue to work on new and remodeled construction. I have also been employed by two outstanding construction companies in this area, Meyer Midwest and Hayden Company Inc. I support controlled growth, keeping in mind environmental effects, as well as the effect development will have on roads, schools and businesses.”

Walters said he is proud of the fifth district, and if elected he will be a voice for each resident.

“I will always consider what is best for this district and our county,” Walters said. “I would like to work closely with parks and recreation promoting programs and good behavior for our youth. I would like for the county to look at updating our jail system, including a rehabilitation program to insure those individuals have a successful transition back into our community. To my friends and neighbors of the 5th district, my promise to you is, if elected, I will listen to you first before making any decisions. My door will always be open and my phone line as well. I hope you will consider me as your representative as I respectfully ask for your vote on May 22.”