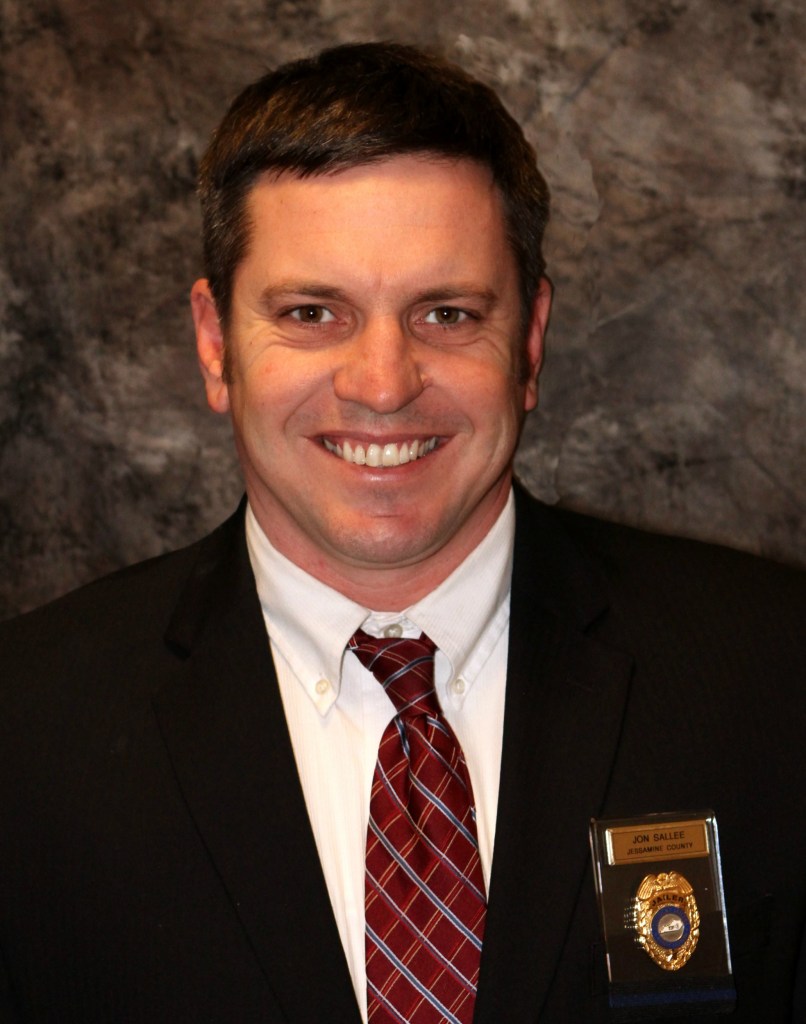 “I am proud to have served Jessamine County, my hometown, as Jailer since 2011,” Sallee said. “During my 20-year career in public safety as a law enforcement officer and firefighter I have gained the experience that is necessary to lead the Detention Center forward.”

Jon R Sallee was elected to the Kentucky Jailers Association Board of Directors from 2011-2012 and 2014-2015. Throughout his Law Enforcement career he has been recognized on many occasions for his outstanding public service as both a law enforcement officer and firefighter. Among his highest honors are a 2007 National Association of Police Officers “TOP COP” award, and the Kentucky Peace Officers Association 2007-2008 Peace Officer of the Year award. Both of these awards were given in recognition of his heroic acts as a first responder to the crash of Flight 5191.

Sallee is married to Mandy (Jenkins) Sallee, and together they have four daughters. He is the Son of the late Robert Sallee and Phyllis A. Sallee of Wilmore.  Sallee and his family are also members of Jessamine Christian Church.

“As always, my priorities will be safety of the public, my staff and the inmates,” Sallee said. “I am thankful for your support and ask for your vote on May 22nd.”