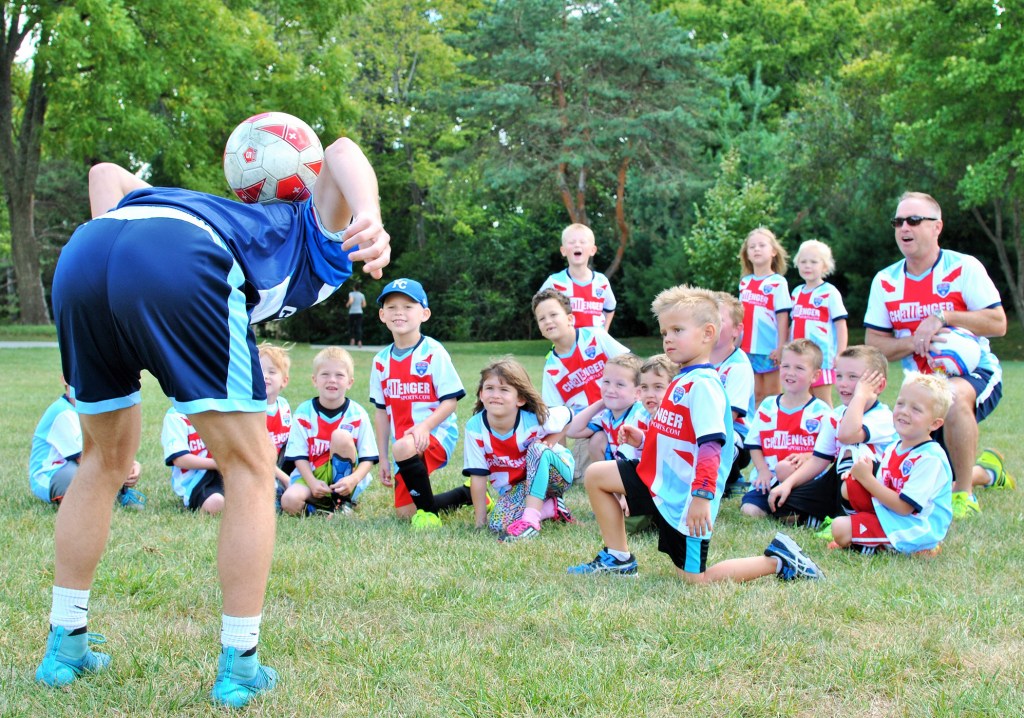 Soccer is a language that many around the world can communicate through, and Challenger Sports is partnering with the Beaumont YMCA to bring its soccer camp back to Jessamine County this summer.

Ross Lawrence, regional director at Challenger Sports in Atlanta, will be overseeing the coaches leading this year’s camp.

He said the camp is different from other soccer camps because they bring in people from outside the United States.

“We bring over coaches from the UK,” Lawrence said. “Some are players from the UK and some are coaches.”

Lawrence said the coaches and players bring energy and passion because “they have the sport they love as their job.”

The camp has been coming to the Lexington area for more than four years and has been well attended every year. Last year, Lawrence said there were 25 to 30 kids at the camps and in years past, close to 50.

The kids not only enjoy the soccer but also the other unique aspects that set apart Challenger Sports camps.

“It’s not as much the soccer culture as much as it is the enjoyment of being coached,” Lawrence said. “It’s asking questions to someone from a different culture.”

The kids relish the opportunity to learn from UK soccer players and coaches, Lawrence said.

However, Challenger Sports soccer camps provide more benefits to the community than just teaching kids how to play the game.

Throughout the camps, Lawrence said the curriculum includes lessons on different soccer cultures around the world. Each day, players are divided into teams for a tournament with each team representing a different country. Kids are encouraged to learn as much as they can about the nation they represent and wear that team’s colors in the tournament.

Youth also learn positive lessons they can apply to their own lives.

“Kids learn about sportsmanship, the team and being fit and healthy,” Lawrence said. “We don’t focus on just being the best soccer player but on making the best person.”

In a press release concerning the camps, Challenger Sports said the kids are taught about “respect, responsibility, integrity, leadership and sportsmanship.”

Visit www.challengersports.com for more information or to sign up.