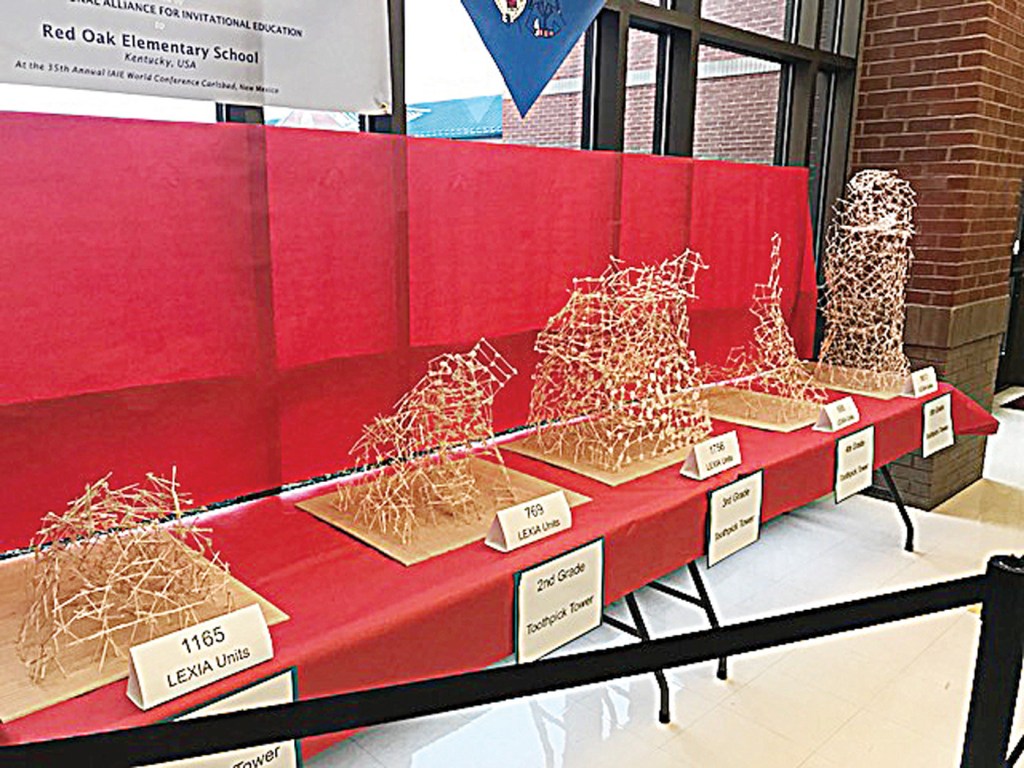 Students at Red Oak Elementary School have found a new way to bolster learning through competition and toothpick towers.

This comes in the form of toothpicks awarded to students who complete units in LEXIA, a program created by Rosetta Stone that covers every reading and language arts standard through the fifth grade. The program is accessible at school and at home for students.

Students compete against other teams in the school by gluing their toothpicks together into small panels which are then hot glued to the structure.

Pete Fannin, the fifth grade reading teacher at Red Oak Elementary, said the LEXIA program has been around for four years, but the added element of toothpick towers was implemented for February and will conclude at the beginning of March.

“I was talking to a lifelong friend, Julea Wade, about a toothpick tower we built as children at church,” Fannin said. “As a teacher, you never stop thinking about ways to motivate your students; letting students earn toothpicks to add to their tower was a natural extension.”

The new competition of the towers has significantly increased the LEXIA program at Red Oak.

“This project has more than quadrupled the number of LEXIA units our students had been completing,” Fannin said.

Fannin said each team’s toothpick tower begins with an identical base of 300 toothpicks. Other than the base, he said the rest of the tower is up to the team to decide how to build it.

The towers, which are displayed in the front hall of the school, are a source of pride for the students.

“They want their grade level’s tower to grow, so they push themselves to complete units,” Fannin said.

The competition is the key to students eagerly participating in learning, he said.

Fannin said, “I feel like students are naturally drawn toward competition, but I hope by using competition to get them involved, we can solidify their base reading skills, and instill in them a pride in their accomplishment, and a sense of being a successful part of a group that accomplishes something together.”