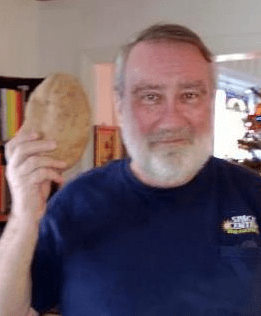 Kentucky has a large number of interesting and odd place names.

We hope that the names Ordinary, Oddville and Blandville are not descriptive of their locations; but that Majestic, Beauty and Lovely are.

Everyone will want to visit Goshen, Grace and Halo; Happy and Goody, Fairplay and Goodluck; Gimlet and Bourbon County; and Big Beaver, Big Bone Lick and Climax, but may wish to not go to Quicksand or the aptly named Hell For Certain.

Pewee Valley is a large hill.   West Liberty is to the east of Liberty.   You can go barefoot in Nicholas County.   Is Do Stop an invitation or an order?   Typo isn’t one.

In Floyd County there is a Blue Moon every month, and there is always a Cyclone in Monroe County.

Many of Kentucky’s residents are on a first name basis with their towns.   Many towns were named after residents and others, but using only the given name.

Floyd County may have the most towns with “first names.” There are David and Dana; Melvin, Martin and Minnie; Harold and Hueysville; and Stanville, Allen and Emma.

It is possible to assemble an impressive sounding itinerary without ever leaving the Commonwealth. You can visit Paris and Versailles; London and Manchester; Athens and Florence; Nazareth or Newfoundland; Moscow, Melbourne or Manilla; Glasgow or Halifax; Heidelberg or Hebron; and Holland or Mexico.

For those desiring a more exotic sounding destination; you can go to Globe, Krypton or even to the Moon.

Some Kentucky place names are actually numbers; Number One is in Wayne County, Nineteen is in Ohio County and Seventy Six is in Clinton County.

At one time all of Kentucky was a single county of Virginia.   After achieving statehood, it was divided again and again, eventually containing 120 counties; the fourth most in the nation.   With this many counties, inconsistencies in county and city names have arisen.

For instance, you might expect to find Carlisle in Carlisle County, but it is in Nicholas County, which is where Nicholasville might be, but no, it is in Jessamine County.

You might look to Campbell County for Campbellsville, but you need to look in Taylor County, and in Spencer County for Taylorsville.  It would seem that Madisonville should be in Madison County, but it is in Hopkins County while Hopkinsville is in Christian County.

Neither Morgantown or Morganfield are in Morgan County; they are both in Union County. Both Union and Union Star are in counties other than Union, but at least Uniontown is in Union County. Union is in Boone County, but Boonesville is in Owsley County.

Mark Reinhardt is Professional Geologist who call Nicholasville home. He is a regular vendor at the Wilmore Farmers Market and can be reached at  rockheadmark@outlook.com.

The food of Jessamine County