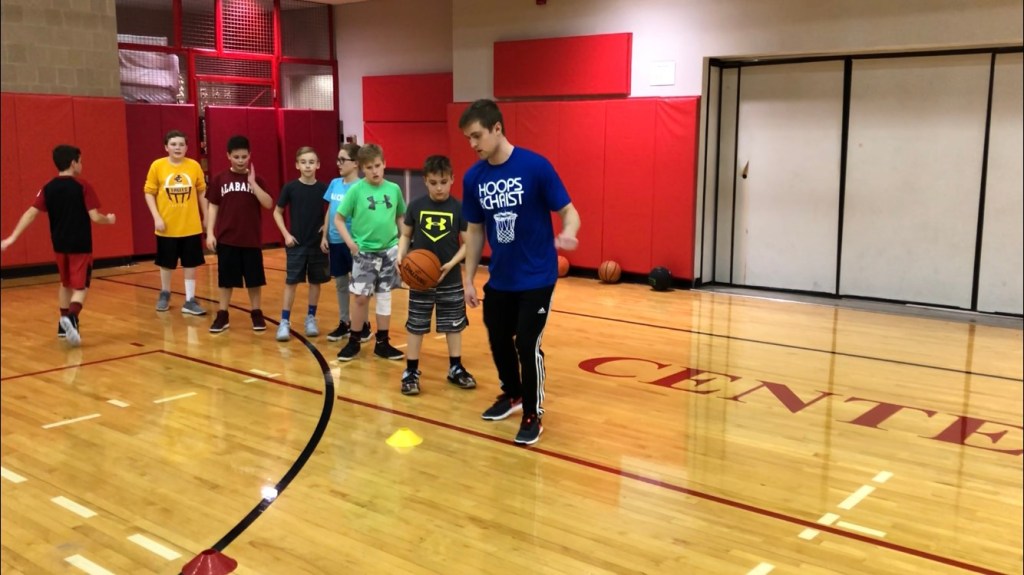 For many, basketball is just a sport. But for Michael Lee, one of the co-founders of Hoops for Christ, basketball is an avenue to impact young people.

Hoops for Christ will be joining with IAm3rd to create its inaugural  basketball league for second through seventh graders every Sunday in March at Centenary United Methodist Church in Lexington.

Some of the players from Asbury University who will be helping with the league are Trenton Thompson, NAIA All-American and conference player of the year, and Will Henderson, who ranked second nationally in the NAIA for assists per game and actually set the single season record at Asbury.

“Basketball is a tool that we use to teach kids how to improve, which is fighting through mistakes,” Lee said. “Fear of failure robs so many people of their dreams. It’s ok to be afraid of failure, but you can’t let it dictate what you do.”

Listening to people was the key for Lee to create the new league.

“There is a big concern about the lack of skill development in recreational leagues,” Lee said. “Hoops for Christ created a league to solve a need by focusing primarily on development. Our mission is to mentally and spiritually invest in our athletes, but also teach them the game at a high level.”

Jeremy Hobbs, the director of IAm3rd, and Lee have been friends since childhood, and Lee said the two of them have the same goal to invest in and teach young people.

The new league, he said, combines strong athletics with testimonies.

“God has incredibly blessed us with a great staff. They are high-level players, plus they deeply care about the gospel,” Lee said. “That’s a rare combination.”

Lee said he plans on doing this for the rest of his life if God keeps blessing it.