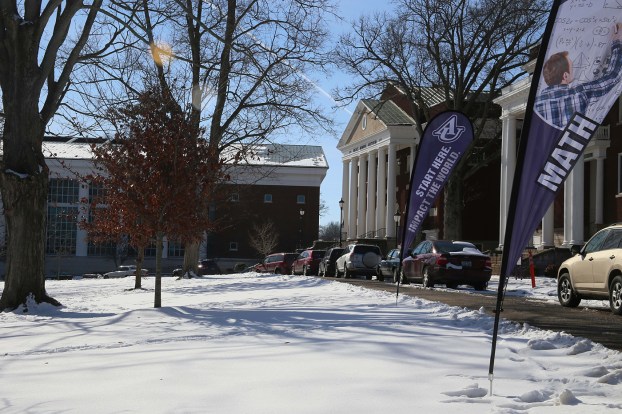 The Asbury Science and Health Department recently received a research grant from the Kentucky Academy of Sciences.

Asbury faculty member Dr. Ben Brammell and student Ramon Guivas were honored for their research on environmental DNA. The grant was presented by the KAS.

Environmental DNA is an emerging technique that is used to identify organisms using the DNA they released in the environment. These can be found in soils, water sources or sediment.

“It’s a great method for detecting species that are notoriously hard to catch,” Brammell said in a prepared statement. “For instance, we’ve previously used it to look for hellbenders — giant salamanders that live here in Central Kentucky, but are very secretive and difficult to actually catch.”

The funding will be used to locate difficult to find salamanders and endangered frog species in the Sierra Nevada mountains. Guivas, a biology major, is hoping to prove that eDNA can not only be used to locate the presence of specified organisms, but also determine how many are in an area.

Guivas said the grant will allow him to purchase the correct supplies, such as fishing gear and the chemical reagents necessary for work on eDNA. Guivas said he has already been working on this project for a semester and plans to continue doing so until he graduates in December 2018.

Brammell said in a prepared statement “Ramon has demonstrated a great deal of initiative, independence, and interest that has enabled him to make remarkable progress both in his research and his development as a young scientist,” Brammell said. “I believe he will have a remarkable career as a researcher.”