‘More than just a crown’ 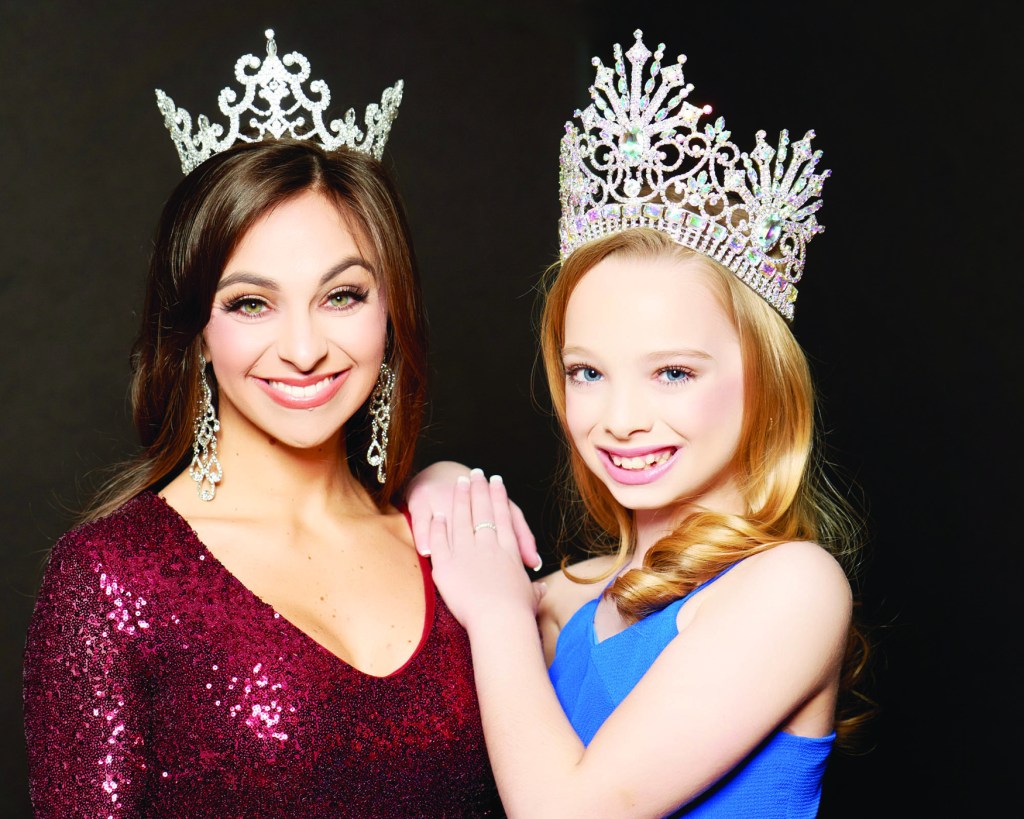 Recently making her return to pageants, Tina Anderson said competing alongside her daughter, Maile Rae Boots, is a thrill she enjoys as they take turns cheering each other on in competition.

Their next competition, scheduled for March 17 and 18 in Somerset, is the Miss Ky Bluegrass Pageant where all counties in the state are invited to not only participate but attend as well.

“We’ve only been competing in pageants together since October 2017,” Anderson said. “It’s still new to us but we are loving it. We’re having a blast together and have been able to bond like no other mom and daughter. We’re best friends, and each others’ number one fan.”

Anderson moved to Jessamine County when she was 2-years-old. Growing up on Garden Park, her family attended Edgewood Baptist Church. Anderson said she went to West Jessamine schools and enjoyed small town life in Jessamine County.

“I literally knew everyone,” Anderson said. “I remember Grand Junction was my favorite place to eat and I loved shopping at Ben Franklins. Fazolis and the Kroger on South Main were the two jobs I had when I was attending high school at West. As an adult, I tried to live in Lexington but never did last long. Now as a 34-year-old mom of two, I’m still living in Nicholasville and my daughter attends Rosenwald just like I did.”

Anderson said, growing up, she participated in everything from dance to girls varsity cheer at West Jessamine High School. She also participated in color guard and softball and enjoyed how Jessamine County also had many sports for kids to play, something she said has never changed.

“I did pageants as a young girl but as a Mrs. I’ve only done four pageants,” Anderson said. “My first was in October 2017. My daughter has been doing the Jessamine County Pageants and won the past couple years making her eligible for state. She thought it would be fun for me to join her and do one together. So I did the one in October, Mrs. Richmond Fall Festival, and won making me eligible to go to State with her.”

Holding the title of 2017-2018 Mrs. Richmond Fall Festival, Mrs. Elizabethtown Sweetheart, Mrs. Bell County and Kentucky’s Woman Personality Supreme 2017-2018, Anderson made the decision to compete alongside her daughter in order to set an example for her.

“It’s easy to tell her what to do to try and win, and how to be happy even when you don’t win, but for me, I wanted to be an example for her,” Anderson said. “She loves getting dressed up and shopping for pageants so I thought it would be a great time doing it together side by side and hand in hand.”

Although Boots, now 10-years-old, began competing in pageants when she was 6-years-old, she recently was crowned Little Miss Jessamine County in 2016, Pre-Teen Jessamine County in 2017, Kentucky Ambassador in 2017-2018 and placed runner-up at the state competition in November making her eligible alongside her mother for the nationals competition in July.

“I think its great (competing with my mother),” Boots said. “She gives me tips on how to do better and helps calm my nerves as we wait backstage together.”

Anderson is hoping through sponsorships in Jessamine County for her upcoming pageant, her mother-daughter team will not only get the funds they need to compete but help local businesses receive the exposure they need as well.

“More exposure is great so that people can see what we have to offer here in Nicholasville,” Anderson said. “Upon winning Miss KY Bluegrass you then proceed to Amerifest Nationals in July to compete for Miss Preteen U.S. for Maile and Mrs. U.S. for me.”

Anderson believes competing in pageants creates more stable youth and adults who, in turn, learn the ability to not only plan for an event but practice and prepare as well. She feels through competition, their mother-daughter team is able to learn how to have confidence in themselves and set their mind to something and accomplish it. An attribute she said should never stop, no matter what age they are.

“It’s more than just a crown and a title,” Anderson said. “It’s being a part of an organization that helps others. We do service events weekly to monthly. Visiting hospitals, schools and homeless shelters. It’s good for people to stop thinking about themselves and help those in their community, state and nation. Pageants do that. They give that opportunity. This is why I feel competing whether it be in sports or pageants, is important for all ages to feel apart of something bigger than just them.”