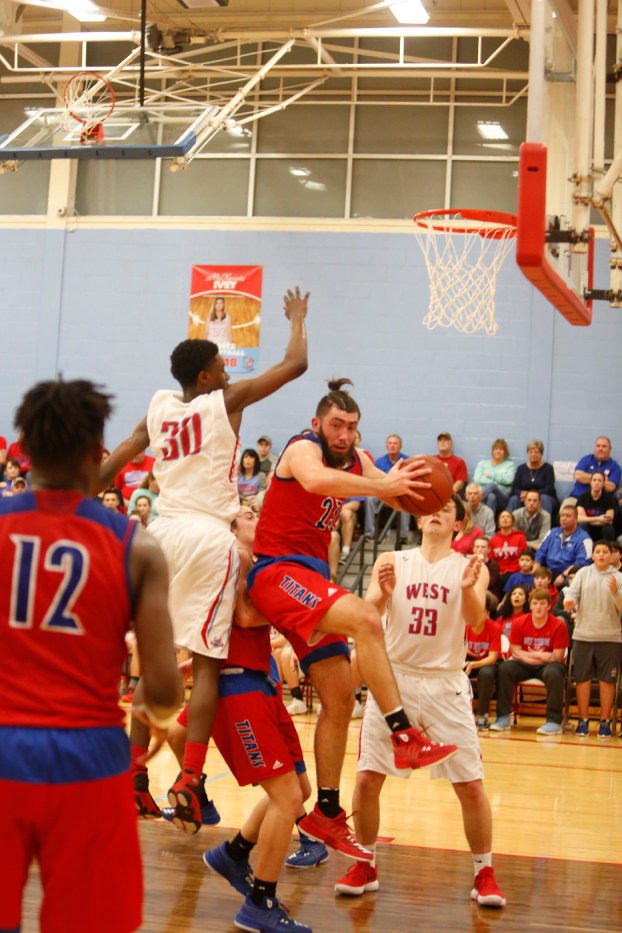 The Colts lost to Mercer County in the title game for the fourth consecutive year, and for the third time in four years the game was decided by exactly three points.

Host West mounted a furious comeback in the last two minutes that fell just short, and Mercer escaped with a 73-70 victory that was its third in as many games between the teams this season.

West (18-10) moved on to the 12th Region Tournament, but its runner-up finish meant it drew a district winner for its first-round game. The Colts played host Pulaski County on Wednesday night.

“We’ve just got to regroup and make sure we take the right path from here, because we still have an opportunity to do something special. We just have to have the right mindset going forward,” West coach Damon Kelley said.

West’s Dalton Bruner had a shot to tie the game at the buzzer that missed the mark, but the tide turned against the Colts in the third quarter, when Mercer opened a double-digit lead.

“I thought Mercer shot the ball extremely well in the third quarer, and we had a stretch where we struggled to finish plays,” Kelley said.

Mercer (25-5) went 4 for 6 from 3-point range in the third period and used several second-chance baskets to build its lead.

“If they’re hitting contested shots you can’t do anything about that, but what frustrated me was we were giving up way too many offensive rebounds, too many offensive putbacks,” Kelley said. “Those are the plays that kill us. Teams are going to hit shots, but you can’t give them baskets because you’re not blocking out.”

West led 30-29 at halftime, but Mercer scored the first seven points of the second half and scored seven in a row late in the period to open a 54-42 lead.

The Colts trimmed the margin to eight points midway through the fourth quarter, but another 7-0 run left the Titans leading 71-56 with 2:11 remaining.

Five West players then combined to score 11 unanswered points in a span of 1:22 as the Colts took advantage of missed shots and mistakes by Mercer, and the Colts pulled within 73-70 on a 3-point basket by Skyler Cannady with 20 seconds to go.

Mercer’s Trevon Faulkner missed two free throws at :09, but Mercer had two fouls to give and used them both to take the clock down to 4.8 seconds remaining. West got the ball to Bruner, whose shot from left of the key clanged off the rim as time expired.

“If you’d told me with a minute and a half to go that we were going to have a shot to tie it, I would have taken that,” Kelley said. “We somewhat executed the play I drew up, not perfectly, but we got a look and that’s all you can ask for.”

“Our kids didn’t quit. I told them after game I don’t fault their effort.”

Cannady hit three 3-pointers and had 11 points in the fourth quarter, and he led West with 22. Bruner finished with 18, Drew Cook added 13 and DeAjuan Stepp had 11.

The Colts shot 54 percent from the field, but the Titans shot 52 percent. Mercer was 11 for 17 at the free-throw line, while West had only one attempt, which it missed.

“Mercer and Pulaski are probably the co-favorites to win (the region), and we went toe to toe with Mercer and went down to the final play on a night when I think they played extremely well,” Kelley said. “I’d love an opportunity to see them again in a week and a half, but we’re going to have to take care of business first.”