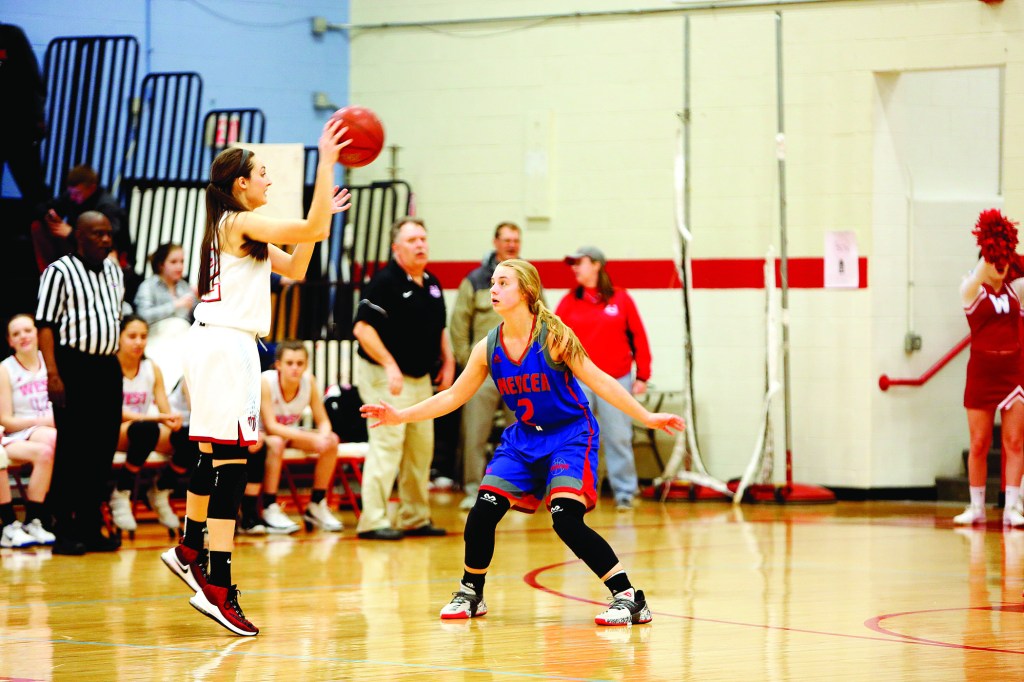 When the 46th District Tournament ended last week, the West Jessamine girls were right where they wanted to be.

No, not on the wrong end of a championship game that was decided by 43 points. Coach Chris Begley readily admitted that wasn’t much fun for the Colts.

They were, however, headed to the regional tournament for the second consecutive year, which was what they were shooting for when the week began. And Begley said that made this a successful week for West, even after a 68-25 loss to defending state champion Mercer County in the title game Friday.

“We met our goal,” Begley said. “Our goal was to get second in the district, because we knew how tough Mercer was, and we wanted to get to the region. We met both of those goals.”

Host West (11-16) was no match for Mercer (29-3), which rolled to its 10th consecutive district title, But Begley said he was proud of the effort his players gave.

“Our girls were complimented by the Mercer coach, (who said) we didn’t quit playing, which was big,” he said. “I’m proud of my kids. We did what we could do with what we had.

West played Southwestern on Monday in the first round of the 12th Region Tournament at Lincoln County.

Mercer scored 18 unanswered points in the first quarter to go up 20-3, and the Lady Titans answered the first three baskets by West with runs of seven, 11 and 15 points to take a 53-11 halftime lead.

Faith Osborne scored a team-high 14 points for West, giving her the highest individual total for the tournament with 43 in two games.

Osborne sank three 3-point baskets for the Colts, who were 5 for 10 from behind the line.

“I see improvement out of our younger kids, and that’s big for us,” he said. “Asia Montgomery taking charges when we’re down 30, Katie (Rinehart) rebounding with two hands.

“That’s all we want, just play hard for 32 minutes and good things will usually happen to you. Tonight we just ran into a buzzsaw, and it happened to be the state champion.”

Southwestern pressure too much for West girls