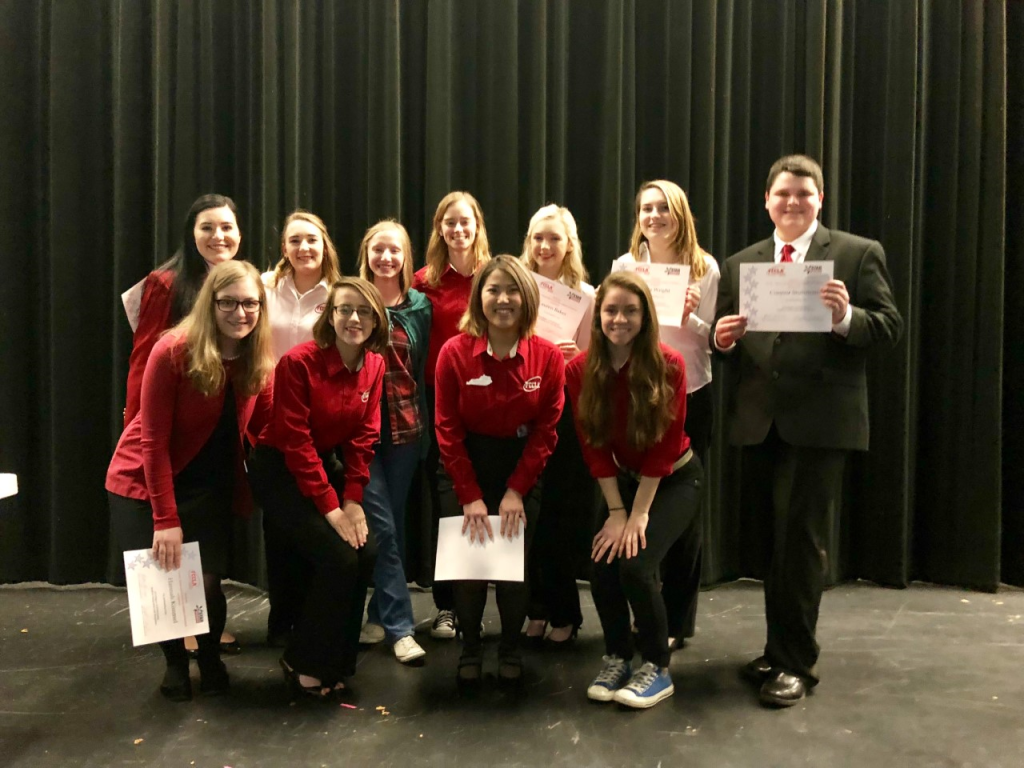 STAR Events is an FCCLA National program that holds competitions for students in over 20 events and competes against ten other counties in their region. Those who competed in Jessamine County did so against local counties including Fayette, Anderson, Mercer, Lincoln, Garrad, Boyle, Estill, Woodford, Nicholas, and Powell County.

“The students began preparing for their events at the beginning of the school year,” Hulette said. “Every month a full group work session and individual work sessions were scheduled as needed.”

“I am extremely proud of all the students,” Hulette said. “A huge amount of work goes into the planning process and completion of these projects. In fact, just completing them is an accomplishment. All of the students had to complete either a portfolio or display board and prepare a speech.

“My hope and wish for the future of FCCLA in Jessamine County is that it continues to remain strong, both at the middle school and high school level. Since 1945, FCCLA students have been making a difference in their families, careers and communities.”