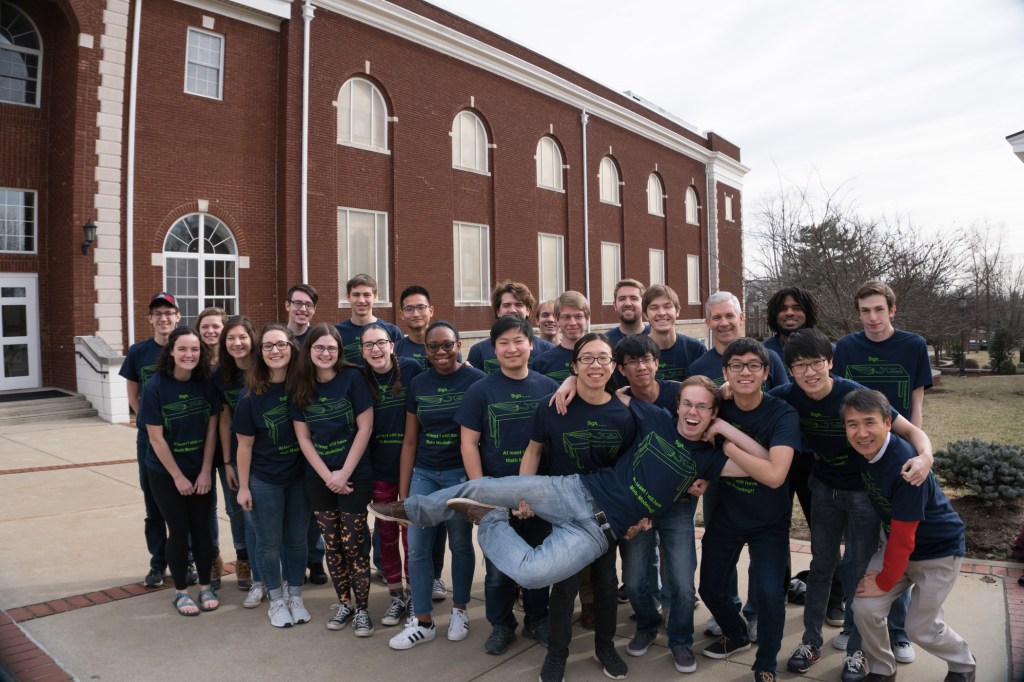 Asbury University’s math program offers its students an opportunity to stand out by competing in the Consortium of Mathematics and its Applications (COMAP) Mathematical Contest in Modeling.

It was 31 years ago that Asbury became the first school in Kentucky to participate in the competition and the top papers are published in a widely circulated applied math journal.

This worldwide competition, which includes more than 6,000 universities, began on Feb. 8 and concluded on Feb. 12. The results will be distributed in April.

Six teams from Asbury competed against schools such as Harvard and Yale. Each team from Asbury was comprised of three undergraduate students who worked closely together to create solutions for real-world issues.

Dr. Dave Coulliette, professor and faculty advisor for Math Modeling, emphasized the importance of modeling to the math department at Asbury.

“It’s the keystone ‘extracurricular’ event for our department,” Coulliette said. “All of our students have tough academic schedules and I think that they work harder than anyone on campus, yet they really look forward to Math Modeling weekend and put their regular work aside so they can focus on the contest.  Almost every math student who plays once wants to play again.”

Coulliette also said most of the issues are very timely and relate to current issues.

This year, sophomore engineering mathematics major Tyler Thompson said he was part of a team that modeled the optimal number, placement, and distribution of electric vehicle charging stations in the U.S. and other countries.

For Thompson, the experience of modeling is the highlight of his year.

“It’s very rewarding to see them move from being forced to do a homework set or problem to wanting to find a solution on their own.”

Each team is led completely by students. Thompson said professors standby to help connect the teams and make sure stress is at a minimum.

In a prepared statement, Coulliette said, “We emphasize interactive team building during the competition week. Each member of the team has a unique skill set to bring to the table. We also encourage campus-wide participation. Friends of competing students will often stop by with food and watch the competition unfold.”

For some students, Asbury’s participation in the international modeling competition is the reason they enroll.

Freshman Sarah Townsend said in a prepared statement, “You don’t expect a small college to have as rigorous of a math department as larger schools, but when I learned that Asbury offered this competition and program, I knew this was the place for me. It’s such a valuable opportunity to participate and use this experience for the future.”