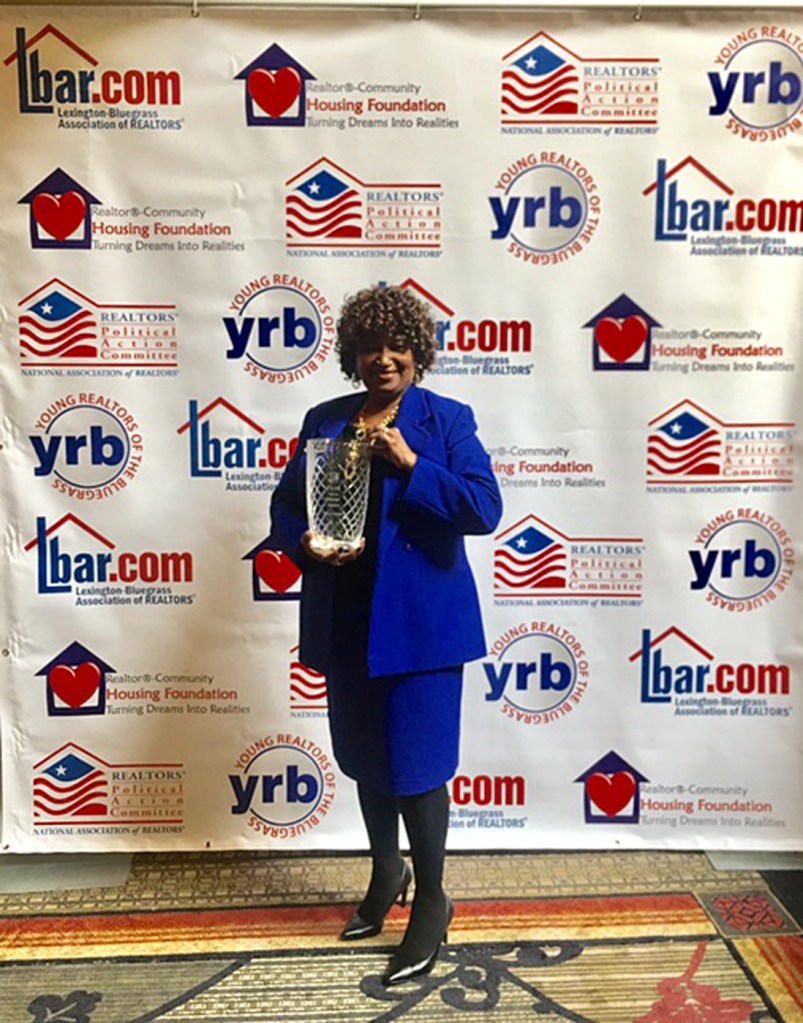 Ruby Mason, an agent with Jessamine County RE/MAX Elite Realty, lives her life inspired by a quote from Dr. Martin Luther King, Jr.: “Everyone can be great and everyone can serve.”

Born in Hattiesburg, Miss., Mason moved with her family to Joliet, Illinois, at 9. Graduating from Joliet Central High School, she attended college in Illinois before moving to Kentucky when her husband was assigned to Fort Knox with the military. Mason worked as an accountant for Fort Knox for 23 years before coming to Jessamine County.

She went straight to work in her new community by becoming involved and serving both neighbors and strangers, all along inspired by King’s words.

“I’ve always felt that when individuals have strong ties to the community they feel more empowered and have a greater feeling of control over their lives,” Mason said. “I feel that becoming involved can have enormous benefits.

When you commit your time and effort to an organization or a cause you feel strongly about the feeling of fulfillment can be endless.”

Mason said she first started her involvement with the community with Camp Nelson and was enlightened by what she learned had taken place there.

Realizing in the spring of 1864, African-American soldiers were recruited and trained in Kentucky, and how Camp Nelson had became the largest center for African-American troops in the U.S. , she was inspired to share with others and invite them to come and be a part of the reenactments.

“When I first started my involvement with Camp Nelson, I saw a need to learn more about the rest of the community,” Mason said. “I needed to know if there was someone out in the cold and where they could go. If there was someone addicted to substances, was any help available? If students needed to apply for scholarships where could they go? The list goes on and on. I am a concerned citizen and always want to be knowledgeable about my community.”

“My favorite organization would be the Rotary Club,” Mason said. “We are able to serve local and international. The main purpose is to bring together business and professional leaders in order to provide humanitarian services, encourage high ethical standards in all vocations and to advance goodwill and peace around the world.”

“No one knows what a spouse and children go through when their family members go to war unless you are one,” Mason said. “We were blessed as a family from World War II to the present war. All family members returned home alive. With so many family members having served in the military it does my heart good. I know that they are willing to lay down their lives for this great country we call the United States of America.”

Mason said many times she sees people sit back and complain about the conditions in the community but never take a step to make a change.

Through volunteering in the community, she has been able to get to know the people in the town she serves. Mason said, through serving others, she finds herself strengthened as well as her community.

Of all the affiliations Mason is involved with, she said her most important involvement comes from her service at the First Baptist Church in Nicholasville.

“The most important thing to me is my service in the house of the Lord,” Mason said. “It is a great honor to be one of the many Sunday school teachers. I love being able to share with the students as we learn together each Sunday. When I am not teaching, I am singing in the choir or welcoming our visitors to the church.”

Coming from a family of community-involved people, Mason said if you are not volunteering in the community, she invites everyone to stand up and get involved.

“My grandparents and my parents wanted to see things in the community move forward, I guess it rubbed off on me,” she said.

As Mason believes and King said, “Everyone can be great, because everyone can serve.”