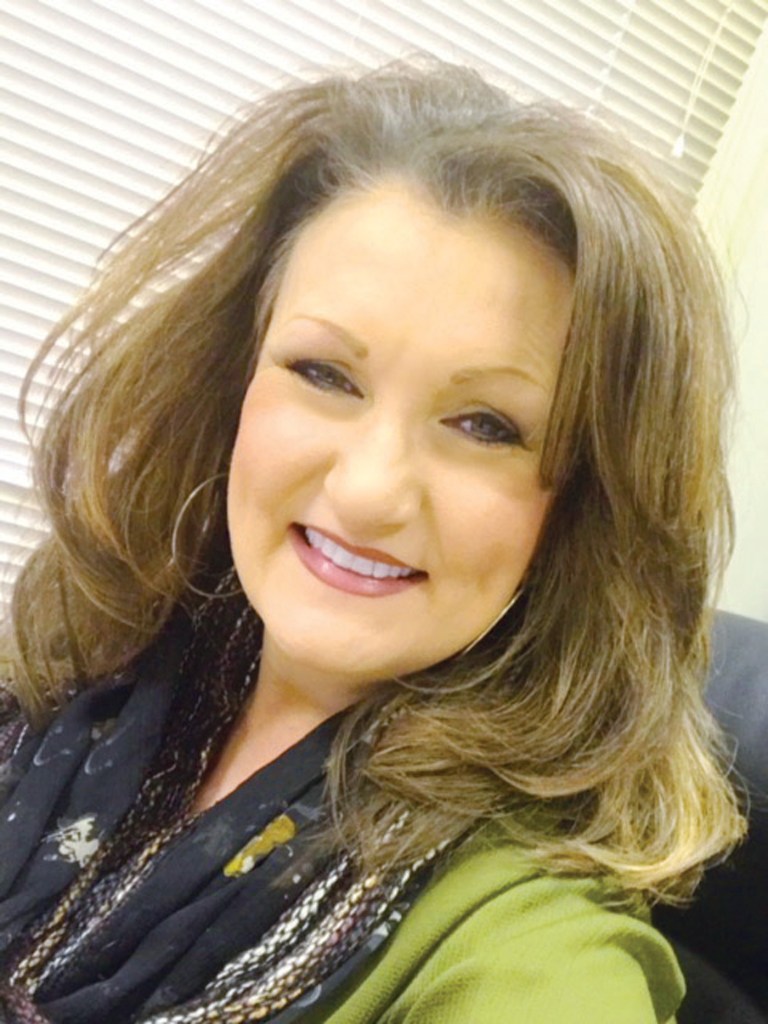 Kentucky native Taunya Northup-Mendenhall has made a career out of standing up for victims of assault and abuse.

She has been working as an advocate for the Jessamine County Victims Advocacy Program for 20 years in December 2017.

After college, she worked as a health planner and long-term care ombudsman with the Big Sandy Area Development District, and then as an Aging Planner. While working, she taught pre-professional programs in the Community College System and worked as Resident Counselor at a local Spouse Abuse Shelter.

She moved to Central Kentucky eight years after graduating high school and worked for UKMC  for five years and for Bluegrass Community Action as homecare director for four years.

“I like living in Nicholasville,” Northup-Mendenhall said. “It reminds me so much of home – it isn’t a large city but has many conveniences associated with a larger town. I have raised both my boys here and have had so many life experiences shared with friends here that I can’t imagine living anywhere else at this stage in my life.”

In 1997 the county requested a Victims Of Crime Act Grant to begin a new program.

“I felt the Lord leading me to apply,” Northup-Mendenhall said. “I truly felt this job was designed with me in mind. I have truly been blessed to have the opportunity to help people in the community that I care about so much.”

While assisting victims of abuse, the JCVA also helps those looking for experience in the field.

The advocate is often assisted by graduate-level student interns who are seeking degrees in advocacy or related fields.

Each year the JCVA program assists more than 1,200 victims of violence in the county. Domestic violence is approximately 70-75 percent of the caseload, 82 percent are females and there are a growing number of males who seek advocacy services from JCVA.

With numerous cases that plagues America, domestic violence continues to be an important topic that the JCVA continues to address.

“Domestic violence is unlike any other crime in that there is that emotional component attached to the relationship. No other crime has this element,” Northup-Mendenhall said. “They can be some of the most dangerous and frustrating cases for that very reason.”

“It isn’t an easy decision to make to leave, but the longer the victim is in the abusive relationship the more difficult it becomes,” Northup-Mendenhall said. “Without intervention, the domestic violence cycle surely will continue. Whatever the victim decides to do, is their choice, the advocate is simply there to help the victim make informed and educated decisions about the future.”

The program continues to change and adapt, just as the county itself changes.

“As much as I have given to the Victims Advocacy Program, it has also given to me,” she said. “During my own life’s challenges, it has been important to me to focus my efforts in helping others. in that way, I help myself.”

Northup-Mendenhall’s community has supported her in her hardship, such as the death of her first husband, Joe, in the line of duty in 2004. She remarried years later and her friends continue to support her like family, said Northup-Mendenhal

Last year, Northup-Mendenhal was nationally recognized by the National Organization for Victims Assistance (NOVA) as a leader in grassroots efforts in advocacy and NCVRW’s Margery Fry Victim Service Practitioner Award.

All cases are confidential and persons may call for advice or seek options from the Advocate. (859)-885-9112, or may come to 113 Court Row for assistance.