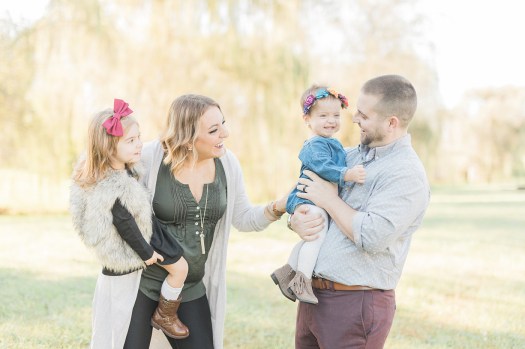 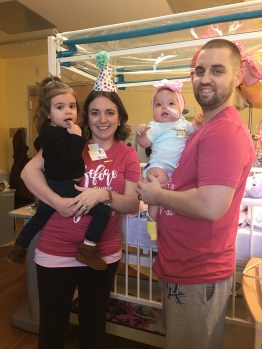 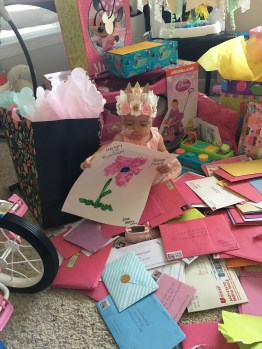 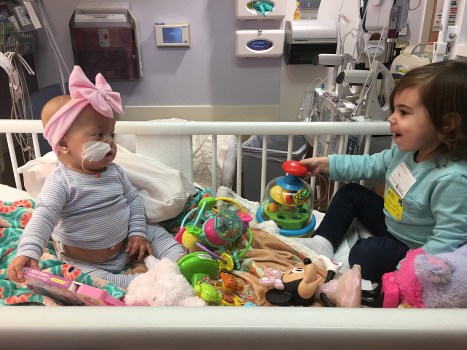 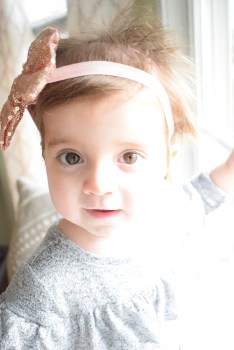 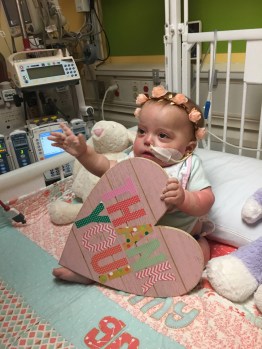 Remy Vanderpool’s family was told without a bone marrow transplant she would not live past the age of two. Diagnosed with Malignant Infantile Osteopetrosis at 8 months old, the only cure was a transplant which would have to be done quickly to prevent her from going deaf and blind.

Without a successful transplant, her odds were not good.

A year ago, on Feb. 2, 2017, Remy received that transplant at the Cincinnati Children’s Hospital.

“She received the bone marrow transplant from a complete stranger overseas who was a perfect match,” said Roxanne Vanderpool, Remy’s mother. “She had the transplant and was in the hospital for 79 days. She was discharged from the hospital on April 11, one day after her first birthday. We were so grateful to celebrate her birthday out of the hospital and with a few close family and friends.”

While in Cincinnati, Remy received hundreds of cards and letters from the community in Jessamine County helping her celebrate her first birthday. Roxanne said everyone involved bought “Remy Strong” T-shirts and wore them to show their love and support as her family went through this difficult time.

“She had over 500 letters and little gifts that people had sent from the community to tell her happy birthday,” Roxanne said. “Little things like that just kept us going and brought a smile to Remy’s face. Everyone wrapped us in their arms and went above and beyond for our family.”

While in the hospital with Remy, Roxanne’s husband also faced many health concerns related to Crohn’s disease. Roxanne said, at one point, Remy was hospitalized in the ICU while her husband was having emergency surgery at another hospital in town. She said she would run trips in between both hospitals with her 3-year-old daughter, Charlee.

“It has been a whirlwind. We are seeing it all settle at this point now,” Roxanne said. “We are seeing the light through all of it. I don’t think we would have been in such good circumstances right now if we didn’t have Jessamine County to help us like they did.”

The family was able to move back home at the end of June, and Remy continues with physical and speech therapy, although she has stopped taking all the medications that were previously mandatory.

“Remy is now making healthy cells on her own, and replenishing bone marrow,” Roxanne said. “X-rays taken at her follow-up appointments show her bones are remodeling as they should. She is our miracle. She is now 21 months old, alive and thriving like any other toddler.”

Roxanne said not only is she now walking, but Remy is running, talking and singing. She said her daughter is absolutely resilient, and she can’t wait to see her do “big” things in the world.

“We continue with follow-up appointments in Cincinnati, but overall she is healed,” Roxanne said. “It has been awesome to watch her and how well she has been doing. We made it through so much this past year, and it is because of two things: The power of prayer and our community wrapping their arms around us and never letting go.

“We want to say ‘thank you’ to everyone who helped our family in any way. We are forever grateful for the love poured out to us through prayer, fundraisers and home-cooked meals. Our church family at Jessamine Christian has gone above and beyond and is a true example of God’s love. East Jessamine High School, our alumni, held a basketball tournament in her honor. That’s what makes our town special and unlike any other.”