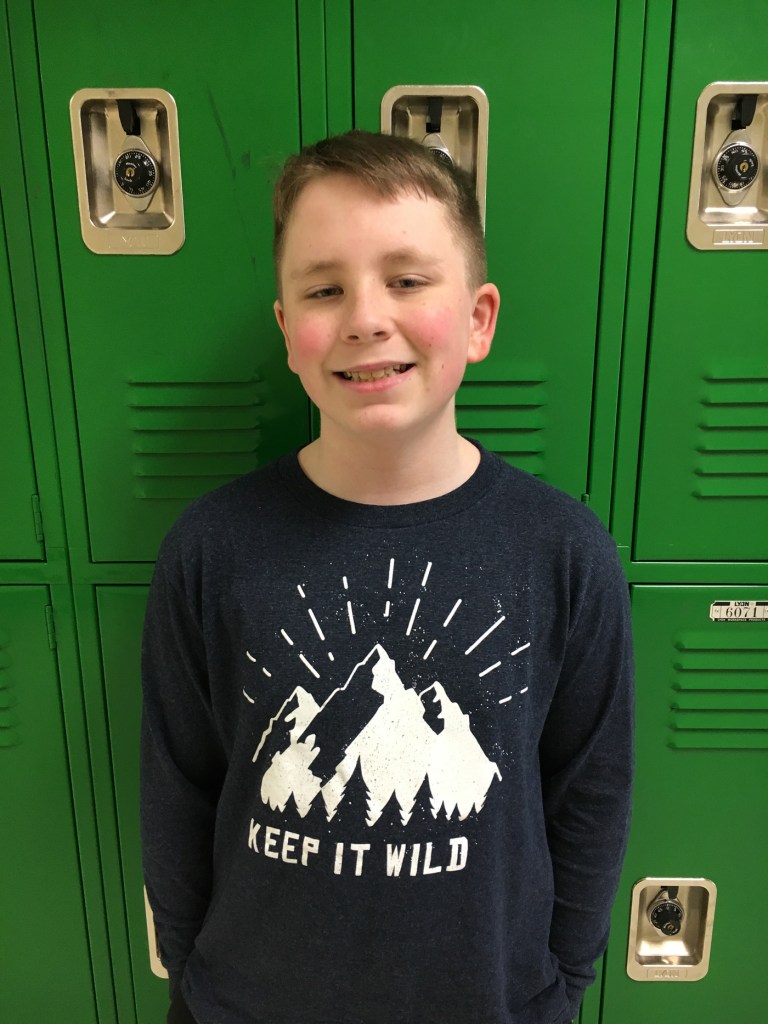 East Jessamine Middle School announced its students for the month of January.

Sixth-grader Cameron Bartley, son of Christin and Nathan Bartley, is described as  a wonderful and caring young man and is a joy to have as a student.

Bartley always has a smile, possesses an excellent sense of humor, and is always on task.

Seventh-grader Jake Keblusek, son of  Debra and Mark Keblusek, is described as always being an outstanding student who works well with peers and is a leader in the classroom.

Keblusek is always willing to put in the extra effort to exceed expectations. He allows for class to be more engaging through his thought-provoking insight. Eighth-grader Kenzie Pile, daughter of Shilah and Lawrence Riley, has an interest in biology and possibly veterinary science. Pile is described as an exemplary student in and out of the classroom, taking several accelerated classes and achieving high marks in each of them.

Beyond the classroom, she is the model of a responsible, mature, well-rounded young lady.