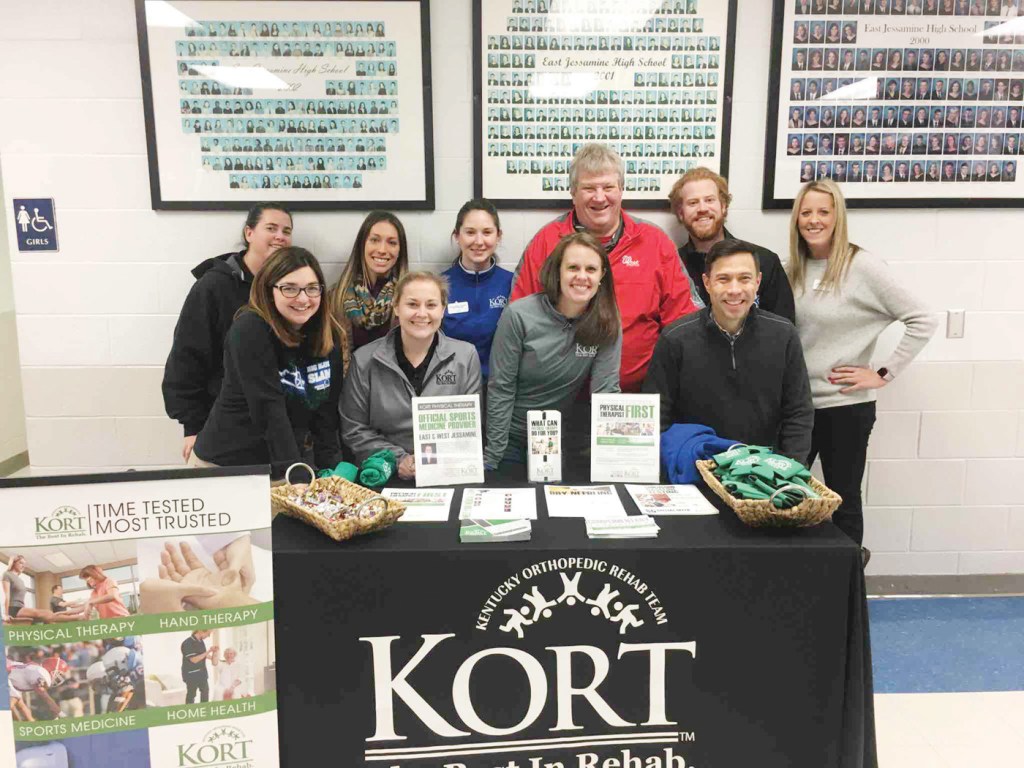 KORT Physical Therapy of Nicholasville is hoping to raise awareness and break its previous donation record at next Friday’s East vs. West basketball game.

“As a company, in our October drive, I think we collected 200,” said Holly Ratliff, marketing representative for KORT. “We’d love to top that in one night. It would be an amazing feat, but it’s our goal.”

“We were at the game at East in January and were brainstorming then about how to make it better and a better use of the night to help others,” Ratliff said. “As a company, we came up with this idea and think it is such an awesome cause to help a nonprofit.

“We thought the spirit of competition in what’s already a rivalry would just add to that. Everyone loves a good competition.”

KORT Physical Therapy offers cancer rehabilitation as one of its services, Ratliff said.

Through an effort to raise money for breast cancer awareness, KORT partnered with Hope Scarves to collect scarves for patients. Ratliff said the scarves go to anyone who suffers from cancer. She said especially for a woman, hair loss can be traumatic and the scarves help to cover their heads or ports.

“The scarf drive is about cancer survivors and helping them through the treatment and healing process,” Matt Lee, clinic director, said. “Survivorship is higher than ever and people are receiving the best cancer treatments available. This fundraiser is about supporting survivors through their journey back to health and goes hand in hand with KORT’s cancer rehabilitation program. The KORT Cancer rehab program helps survivors regain their physical stamina and strength to restore them to doing the things that matter.”

New or lightly used scarves are the goal, Ratliff said. Hats and toboggans are also accepted as patients want these as well for their exposed heads after treatment.

“This is a great program and cause because it provides an easy opportunity for community members to give back,” said Katie Filiatreau, a physical therapist at KORT Physical Therapy.

“Unfortunately, cancer is a disease that affects so many of us, whether directly or indirectly, and this gives others a way to make a difference in something that is close to our hearts.”