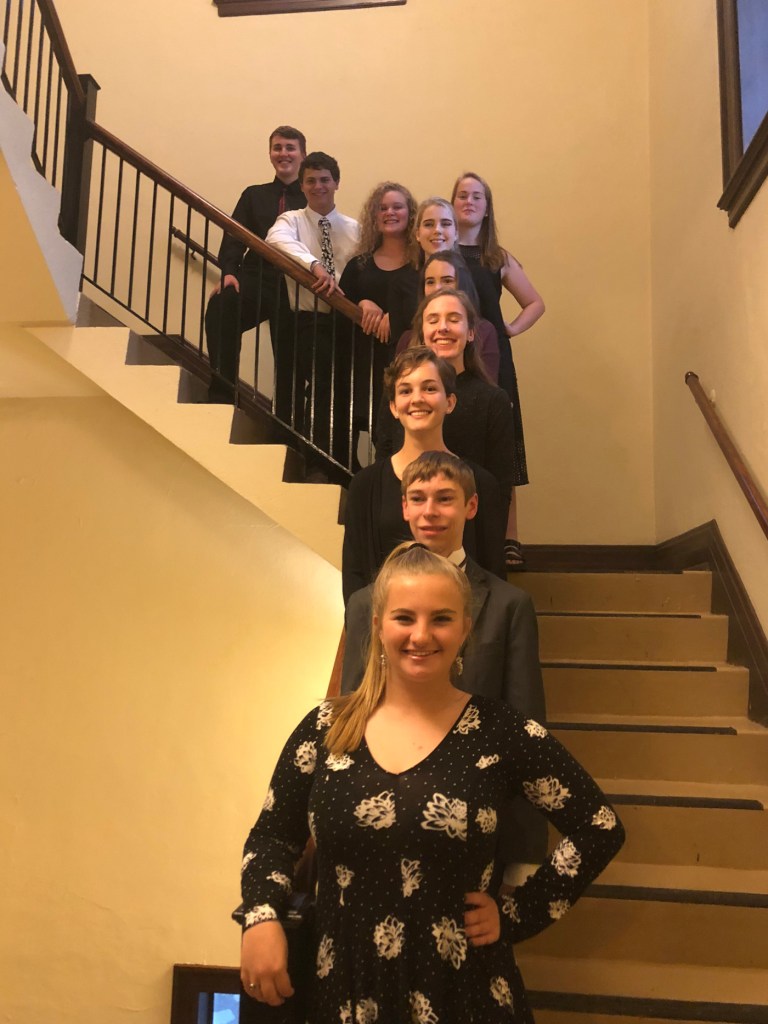 Director Piatt says band is ‘force to be reckoned with’

In his first year as the director of bands for West Jessamine High School, former WJHS student Sean Piatt said he believes the school will be a force to be reckoned with in years to come.

Graduating from the program in 2010, Piatt went on to study music education at the University of Kentucky and was later offered his first teaching position at Fern Creek High School in Louisville before returning to teach band at WJHS.

Piatt said, among WJHS’s band accomplishments, 10 students were recently picked to be included in the Asbury All-Star Band Clinic on Nov. 18. The program is designed as a symphonic band clinic focusing on classical music performed in Asbury’s main chapel. He said the clinic is competitive with students focusing on difficult music.

“They performed, very well might I add, Gustav Holst’s ‘First Suite in Eb,’ which is regarded as one of the top 10 standard pieces of concert band literature,” Piatt said. “This is also a big deal because it is within our own community and gives the Jessamine County bands something to take a lot of pride in outside of the normal day programs.”

In order to be named to the Asbury All-Star Band, students must submit an application online where they are given ratings on certain qualities, Piatt said.

Three weeks before the clinic, students are given music to practice and are asked the first day of the clinic for a chair test. Piatt said the chair test indicates how high or low they are placed in the section.

“For two and a half days they stay on Asbury’s campus, even sleep in the dorms and have many practice sessions with the guest conductor of that group,” Piatt said. “The students on the longest day would rehearse about 10 hours of that day. They would also get to hear a couple concert performed by the Asbury Concert Band and Jazz Ensemble.”

Evelyn Madill said getting to meet other musicians and hanging out with band kids from West on the weekends will always be the highlight of the clinic for her.

“It was fun to be a part of this all-star band for the last four years,” Madill said. “The memories made and everything I learned from the guest conductors will continue to have an impact on me as a musician. In the future, I hope to pursue a career in music, although I’m not sure yet how that will manifest itself. I plan on majoring in music in college and then seeing where that takes me.”

Although the Asbury All-Star Band clinic is one way WJHS band students were successful this year, that is not the only thing they have to be proud about. Piatt said the WJHS Symphony Band scored a distinguished rating at the Kentucky Music Educator’s Association Concert Festival every year going back to the early 2000s. The WJHS Marching band has also received a distinguished rating many times throughout the years and reached semi-finals in competition every year since 2004, along with making it to the state finals in 2011.

“The marching band has also competed in the Mid-States Band Association where we have placed in the top six every year,” Piatt said.

“Most recently, this year, we were sixth place out of 27 bands that competed in our class. While this group may not have had the success recently, this past year showed me that these students still have that heart and pride for the marching band program. Our numbers look to grow very quickly as we look to take the field again in August 2018.”

Marci Smith, interim principal at WJHS, said she remembers watching the bands first public performance before school started and thought how amazing they were.

“They looked great then and have really improved throughout the year,” Smith said. “I have enjoyed attending their performances. They were amazing at state competition this year. Our band director, Mr. Piatt, a former student of mine who I am crazy proud of, is doing an amazing job of helping our students reach their potential. Seeing 10 students make the all-star band is so impressive for a band our size.”