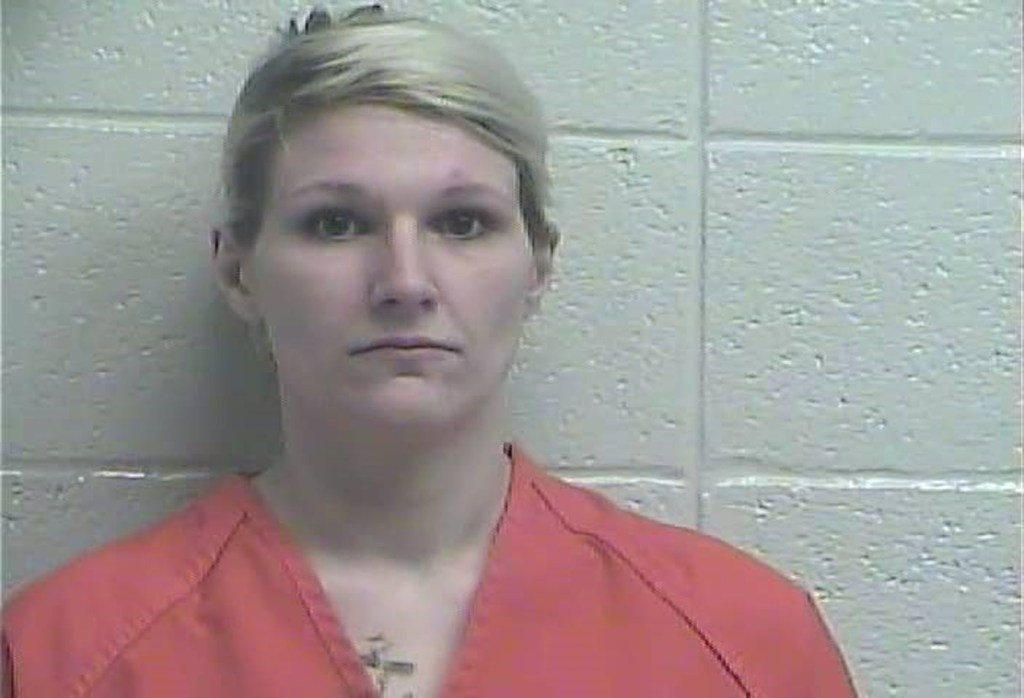 A Mount Sterling woman was arrested after allegedly being in possession of a stolen vehicle and drug paraphernalia, according to a citation issued by the Nicholasville Police Department.

Caitlin Rae Fraley, 29, of 118 Skyview Drive, was arrested on Jan. 9 after officers were in the area of Courtney Drive and allegedly observed a vehicle parked in a driveway which officers allegeded has a history of drug trafficking at the residence.

After running the registration plates, the vehicle was confirmed stolen, according to the citation.

Fraley was observed in the drivers seat with the vehicle running. After being detained, officers learned that Fraley had an outstanding warrant, according to the citation.

Fraley was searched, and officers located a small amount of suspected methamphetamine in Fraley’s purse, along with several syringes and a string to tie off her arm, according to the citation.

Fraley was arrested for receiving stolen property in  the amount of $10,000 or more, a first-offense possession of a controlled substance in the first degree (methamphetamine) and possession of drug paraphernalia.