Handicapping courses offered at Taylor Made 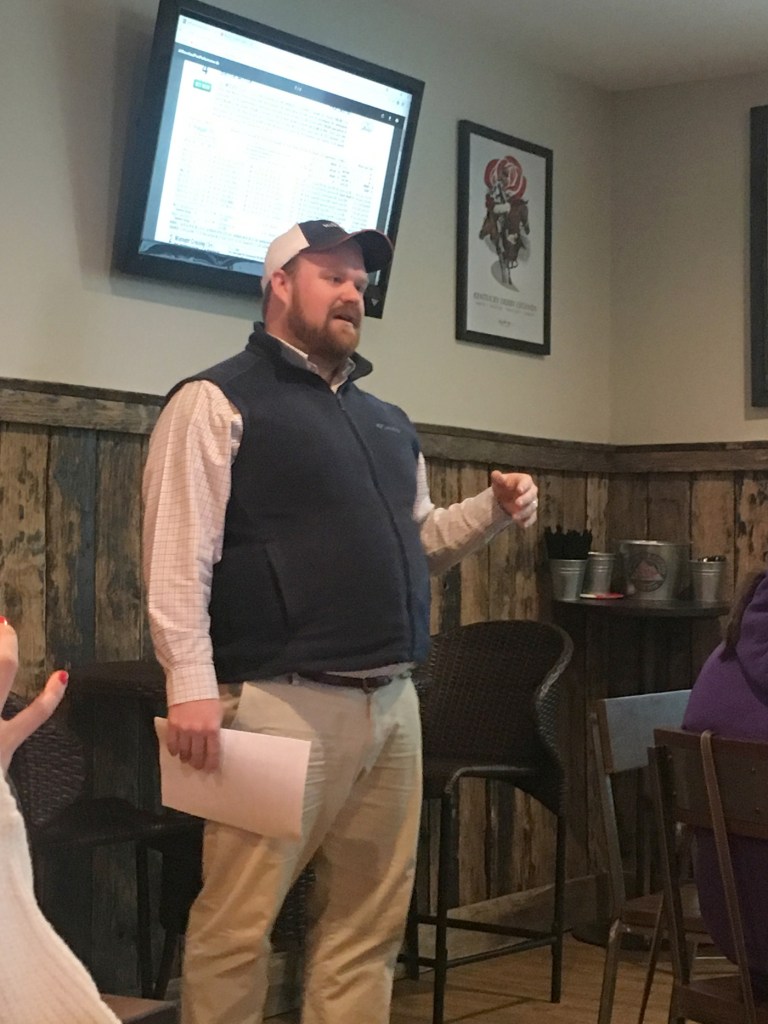 With its first class in the books, Taylor Made Farm is hoping its new handicapping course taught by Phil Shelton will be just as successful as the first one.

Focusing on the basics of horse racing handicapping, the course will be offered on Feb. 1, as well as March 1st at the Daddy Joe’s Bar & Grill, located at 1215 High Point Drive. Tickets can be purchased for $35 with each course described as interactive, with exercises in handicapping real races and a question and answer session with Shelton.

“Handicapping is one area that can be intimidating to the average visitor,” said Laura Richard, experience director at Taylor Made. “Taylor Made’s Handicapping 101, while fun and relaxed, is also intended to de-mystify some of the confusion about handicapping and arm the guests with some basic knowledge to use during real races.”

Richard said Taylor Made’s involvement with Horse Country has allowed the farm to open up its gates to every level of fan. She said fans are expressing their desire for varied experiences, and Taylor Made’s Handicapping course can offer that.

“Phil Shelton is a resident handicapper in Las Vegas World Championship’s,” said  Richard. “He has competed at the highest level. In basketball, if you want to be a basketball star you have to be tall and fast. Anybody can do this if you devote the time to learn it.”

Richard said that even though horse race handicapping can get very in depth and is a calculated risk, those who do it right have better odds than winning the lottery.

“If you study this you can make good money,” Richard said. “We have had one event so far. We may do it more often when Keeneland is in session.”

The first course offered early this month was very successful, Richard said. Partnering with Horse Country, those who attend will receive the Daily Race Form. Richard said the book is full of every track, every race and every horse along with everything that someone would need to know about each one of them.

“You learn the lingo and what all the numbers mean,” Richard said. “As well as all the abbreviations which unless you have been in the game a long time you do not understand. We handicap a race that has already happened and pick one that is not famous so that people do not already know the outcome.”

It is then that Shelton goes through the race and teaches those who attend why he handicapped the way that he did, Richard said. She said he also teaches strategies and how he believes the race can be won. The course is an hour long. Richard said as Derby approaches they might include some horses who are running in the race so people can get their Derby picks ready.

“The course focuses on his (Shelton’s) suggestions for the race,” Richard said. “There were 11 females and one guy in attendance. Phil was great and gave you all you can learn in one hour.”

Farmers facing livestock losses may be eligible for federal…