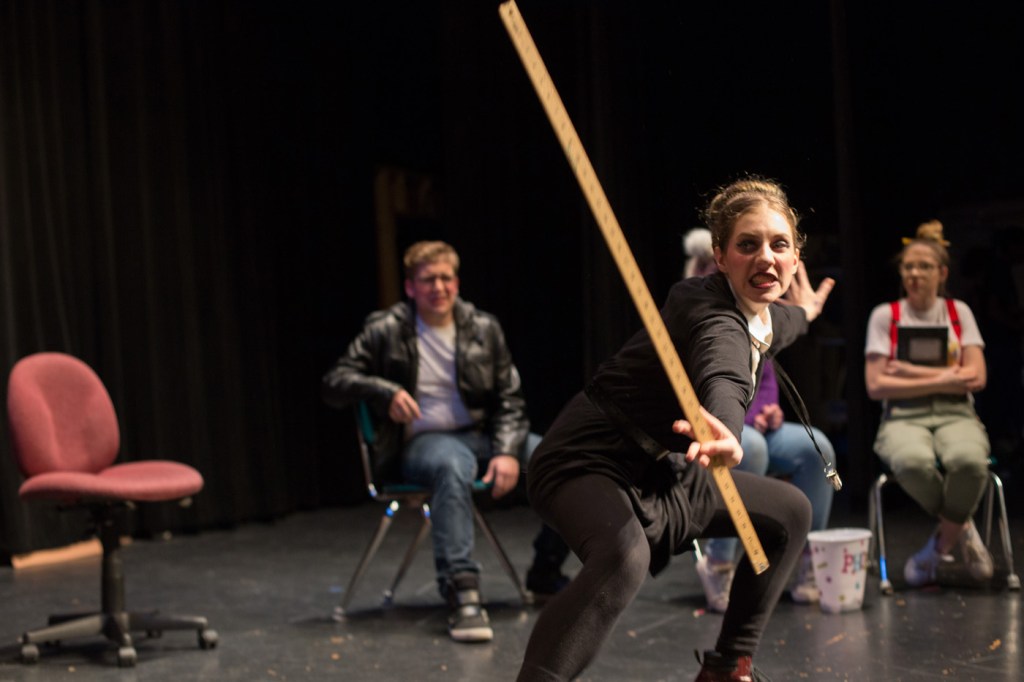 East Jessamine High School’s student-led production of “Miss Nelson is Missing” is described as a childlike, fantastical show that director Morgan Price, a senior at EJHS, said is full of humor and fun energy.

Scheduled for 7 p.m. Jan. 18 to 20, with an additional matinee performance at 2 p.m. Saturday, tickets are available for $5. Price said the production has been in rehearsal for two months and is sure to be a good time for everyone.

“Based on a children’s book by Harry Allard, and adapted to play format by Jeffrey Hatcher,  we decided to do this play because of its familiarity,” Price said. “I read this book and loved it when I was a kid and I always wanted to see it come to life so I decided to do this play so I could make the story come alive for some other kid out there.”

The cast consists of 10 students, and Price said the actors were chosen by the production team at scheduled auditions. She also said the cast is a mix of newcomers and seasoned veterans to the theater.

“We’re excited to have them all,” Price said.

Assistant Director Madalyn Gannon said this is the first production she has collaborated on with Morgan and admitted it was really fun to see how their minds worked together.

“I am really confident that this show is going to turn out better than ever,” Gannon said. “This is our first realistic student production. The two we put on in the past were both fantasies, so it has been really fun putting together something that the kids will be able to relate to rather than something they’re used to seeing in most kid’s TV shows and movies.”

Having been in theater since she was in the fifth grade, Gannon said 99 percent of the time Price and herself were on the same page when it came to ideas about the production, and if they were not it was always easy to come to a compromise.

“We would talk and text outside of school about ideas for the show, the set and costumes etc,” Gannon said. “The visions Price and I have for the show are one in the same and bringing this play to life with her has been stressful, exciting and a dream come true.”

Price said the show is truly unique because it was run by students entirely. With adult supervision everyone has worked hard in order to bring the community what she calls a fantastic show.

“It’s a unique opportunity that has been going on at East High for three years now. Myself and the rest of the staff are honored to be apart of this amazing opportunity,” Price said. “We do hope that people come out and support the theater department and come and enjoy all of the hard work on display from the actors and staff of students.”