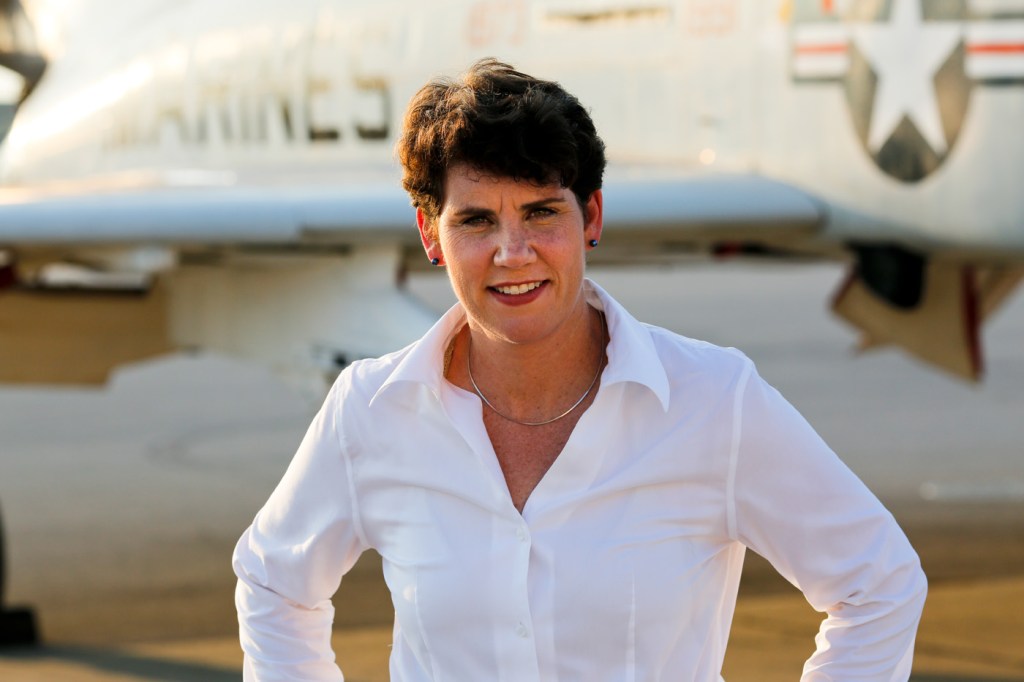 Amy McGrath will be at J’s Place

Saturday to talk about why she

decided to seek seat in Congress

Amy McGrath has returned to her home state of Kentucky after serving in the U.S. Marine Corps and says it is time for a new generation of leaders to turn the country around.

Running as a Democratic candidate for Congress in Kentucky’s sixth district, McGrath is calling her  campaign her “new mission,” and will be in Jessamine County from 9 to 10:30 a.m Saturday to discuss why she is running and what she feels are the most important issues this country faces.

“I put my life on the line in 89 combat missions,” McGrath said in a prepared statement. “And while this campaign may be my first in politics, it is my 90th mission for the people in Kentucky and our country.”

McGrath has no political background except her 20 years experience in the Marine Corps and the four years she spent teaching U.S. government, elections and national security courses at the Naval Academy. Retiring in June 2017, she returned to her native Kentucky and felt compelled to get involved with politics after the result of the last presidential election.

“When she was young, her mother taught her about government and how Congress and the presidency worked,” said Calvin Penn, McGrath’s deputy campaign manager. “She taught her to advocate to make a change and that is when she started her letter-writing campaign.”

At 13, McGrath wrote letters to local newspapers, as well as the House and Senate, expressing her desire to fly jets. Because of the Combat Exclusion Law she was told she could not be a pilot. When McGrath was a senior in high school, the law lifted and she entered the Naval Academy in Maryland.

Penn said McGrath’s hope is to rebuild the Democratic party, because like a lot of people, she has talked to in Kentucky, she too feels the party is led by the East and West coast. He also said McGrath wants to be a leader for the people in the sixth district and is diligent in taking the time to talk to and have conversations with the people she wishes to represent.

“Veterans can easily work across the aisle,” Penn said. “They put country in front of party and she plans to do that when she is in Congress. She decided to change the system by becoming a part of it and changing it from within. Veterans tend to work in a bipartisan effort. She is someone who wants to do that when she gets to Congress.”

Penn said a few of the issues McGrath feels very strongly about changing is the Affordable Care Act and the current issue with the government looking to roll back Medicaid. He said she also had concerns about making sure people have access to well paying jobs and are trained properly for them.

An issue she is equally concerned about is foreign threats. Penn said McGrath brings expertise to the table concerning this issue.

“If elected, I promise to fight for all 19 counties in the district — not just the biggest Fayette County, or where I live in Scott County,” McGrath said in her statement. “I will be a leader who wakes up every day working to build a better future for your children, and mine. I want to inspire younger generations to care, to be involved, to become leaders themselves, and to serve their country, their commonwealth and their communities.”