Y-Club at WJHS honored by KYA 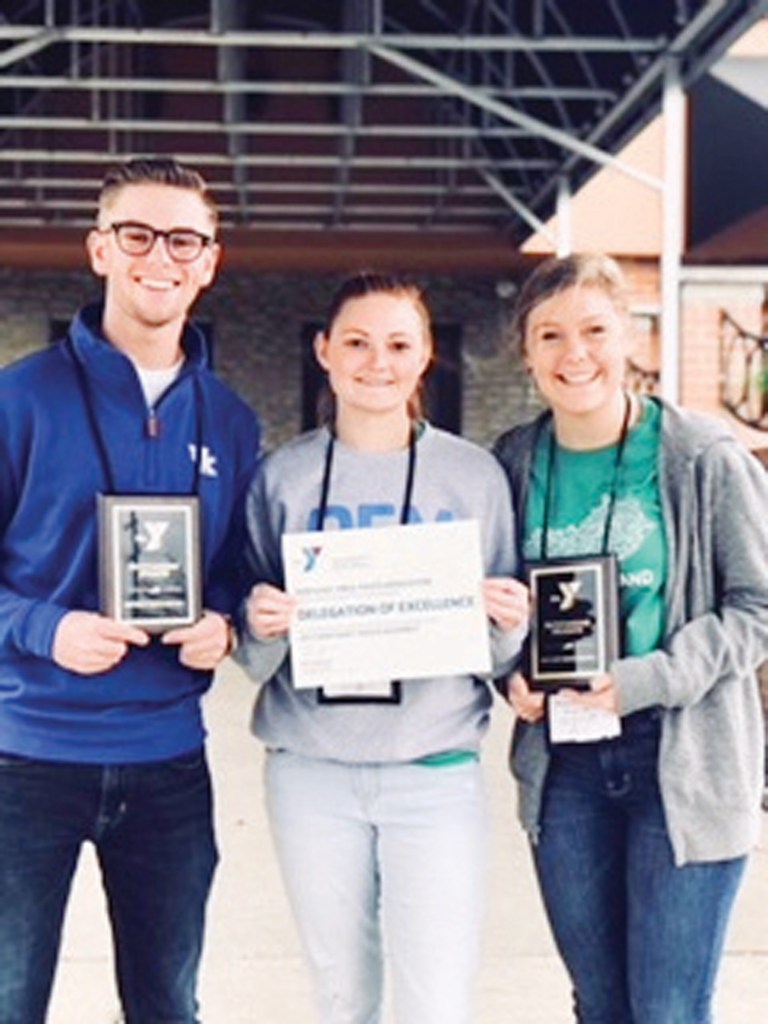 The student-led Y-Club at West Jessamine is a relatively young chapter when compared to others, but it is already taking home awards including those for Outstanding Delegate and Outstanding Speaker from the Kentucky Youth Assembly held late last year.

In order to prepare for the conference, students spend four to five weeks drafting a bill to present at the conference. After a series of rounds and debates, that bill is either passed or defeated. This year, WJHS proposed a bill requiring fast food restaurants to post their health score rating on the drive-through window. Receiving the honor of passing through the first round of debates, their bill was voted high enough to receive the right to be argued on the Senate floor at the state capital.

“I could brag about these students all day if people would let me,” Sarah Gilvin, an advisor for the Y-Club, said. “The Student Y-Club is affiliated with the YMCA. The overall goals of the club match that of the YMCA’s — to foster leadership, service and civic-mindedness. This year WJHS was also named Delegation of Excellence.”

While WJHS was not the only school to earn Delegation of Excellence, Gilvin said it is an honor based on participation in the conference as well as being an active Y-Club chapter in the community.

At the conference, Mackenzie Brenner was chosen as outstanding delegate for West Jessamine, and Parker Tussey was chosen as Outstanding speaker for the school. For many of the students, Gilvin said this is their first chance to attend professional development conferences and speak publicly.

“Brenner was chosen because she was consistently prepared for pro/con debates, was well researched, and eloquent in her delivery. She also supported other students in encouraging them to speak when they felt passionate about a subject and was really helpful to the students who were attending the conference for the first time,” Gilvin said.

“Tussey was one of four bill sponsors, meaning he primarily argued for the bill that our students wrote. He gave extremely well-delivered speeches in favor of their bill and was able to respond quickly and eloquently to questions posed to him about the bill. He also made several well informed and passionate speeches during pro/con debates on other schools’ bills.”

As a teacher, Gilvin said she enjoys watching her students gain confidence as the conference unfolds. She said students begin to find their voice and it is incredible for her to watch them find new topics that they are passionate about.

“It’s also really exciting to watch them grow from year to year and return to these conferences each year more prepared and more excited. It makes me proud just to say I get to be their faculty adviser,” Gilvin said.

Brenner said she has learned so many things through the Y-Club at WJHS.

“I’ve learned the absolute importance of civic engagement, being informed, and having the ability to see the world’s problems from another’s perspective. Overall, this program has helped me grow tremendously as a leader through serving my community and learning about my civic responsibilities.”