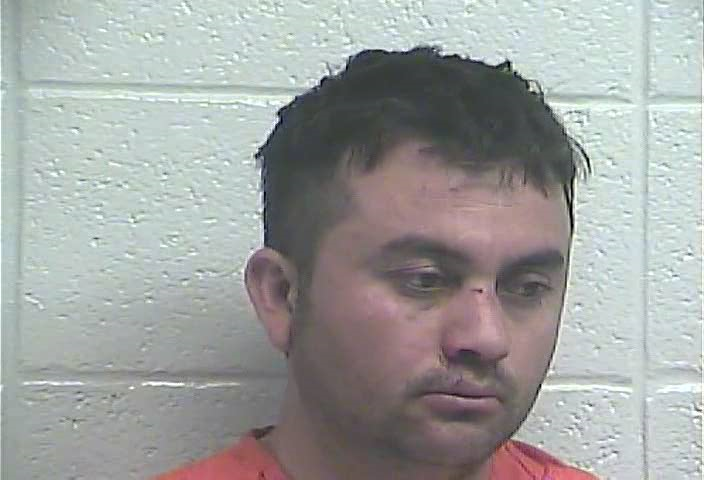 A Nicholasville man was arrested Jan. 4 for leaving the scene of an accident with failure to render aid of assistance, according to a citation issued by the Jessamine County Sheriff’s Office.

Ciro G. Saenz, 25, of 224 Grinder Court in Nicholasville, was taken into custody after he allegedly fled the scene of an accident at the area of US169 and Paddock Drive. Saenz allegedly refused to stop running when he was told to. He was located on Hawthorn Drive with a bloody nose and a emitting a strong odor of alcohol, according to the same citation.

Upon contacting his girlfriend, officers were able to verify that Saenz was operating a 2003 PT Cruiser.

Saenz was arrested on charges of leaving the scene of an accident with failure to render aid or assistance, fleeing or evading police in the second degree, operating a motor vehicle under the influence of drugs and alcohol and failure of owner to maintain required insurance.