In a prepared statement, Attorney General Andy Beshear announced a former commonwealth’s attorney for Garrard and Jessamine counties is joining his staff as a resource officer on effective prosecution and handling of DUI and impaired driving cases.

“While I have enjoyed my work as Kentucky’s Traffic Safety Resource Prosecutor and am proud of the accomplishments we have achieved over the last 10 years, I am looking forward to continuing my service within the Attorney General’s Office as the executive director of PAC,” Stokes said.

The Prosecutors Advisory Council presides over the financial administration of the Unified Prosecutorial System that consists of 177 commonwealth’s and county attorneys and their employees.

The Prosecutors Advisory Council and the Office of the Attorney General remain focused on combating drunken driving and protecting the public safety through effective training of prosecutors in DUI and vehicular homicide cases.

The Attorney General’s Traffic Safety Resource Prosecutor trains county and commonwealth’s attorneys as well as law enforcement in the effective prosecution and handling of DUI and impaired driving cases.

“I appreciate the opportunity to serve in this important position and I look forward to the challenge of helping to train police and prosecutors on the critical issues related to DUI and vehicular homicide,” Lockridge said.

Regional trainings have been offered in Lexington, Louisville, Bowling Green, Prestonsburg and Covington. Additional trainings through the AG’s Traffic Safety Resource Prosecutor program will be offered in other parts of the state in 2018.

“My administration is focused on addressing the persistent challenges our families face, and one of those is better addressing Kentucky’s drug epidemic,” Beshear said. “Every time our families, our friends or our children get in a vehicle, they are at risk of being harmed by a driver under the influence of alcohol or drugs.” 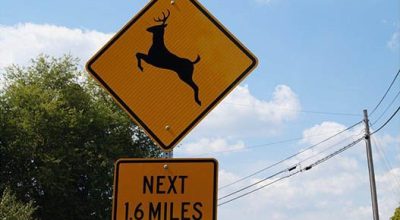