Asbury University to put on romantic comedy this month 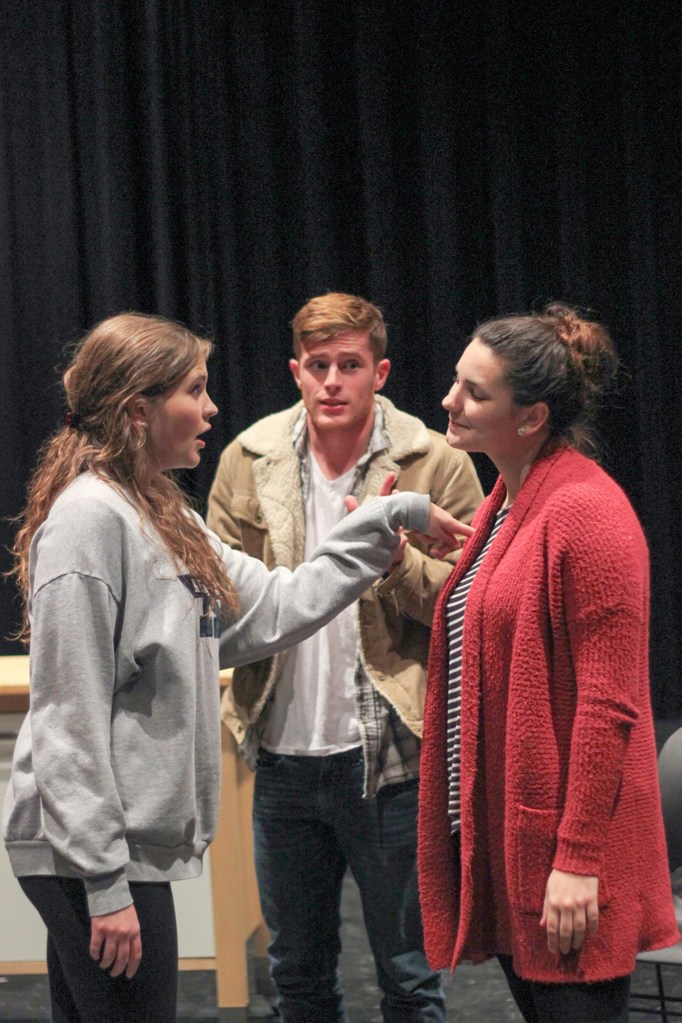 Asbury University students have been working since mid-October on a new play, “Blue Moon,” which will be performed at 7:30 p.m. Jan. 18 to 20 as well as Jan. 25 to 27 at the Asbury University Greathouse Theatre.

Tickets are available for $8 for general admission and $5 for students and seniors.

A play focusing around a photographer whose grandmother has a plan for him to reconnect with his high school girlfriend, the play travels through North Carolina, Italy and Manhattan in a romantic triangle that director Carol Anderson said is full of plot twists and strong characters.

“I was looking for a comedy about relationships that would connect with college students as well as  adults in the community. I wanted something that was life affirming, with great plot twists, strong characters, allowed for  creative theatrical elements and would be fun to direct. I couldn’t find anything that fit that order. Then I remembered a show I directed a staged reading at Montreat College that was a huge hit and ‘Once in a Blue Moon’ by Jessie Lewis was its name.”

Presently the artistic director of Acts of Renewal, a national touring theatre company, Anderson recently directed 14 scenes with an all-female ensemble that performed in Indianapolis at the Revive Our Hearts global woman’s conference. She has also directed “The Bells of Claremont,” which was a special event in 2015 featured at Christmas in Wilmore. Anderson has also directed several productions at Montreat College in North Carolina.

Playing the role of Callie, Hannah Coleman said her favorite part of her role is the cast she gets to work with. Playing a young mom to a little boy who she says is full of joy and energy, Coleman said she feels inspired every time she walks on stage.

“The cast itself feels like a big family so that makes it really easy to get into character too,” Coleman said. “I have been passionate about theater since I could walk! My favorite role that I have ever played is Dorothy from ‘The Wizard of Oz’ in high school. I have been in several other shows as well such as ‘Anne of Green Gables’, ‘Beauty and the Beast’, ‘Duck Tales’ and ‘Bobby Socks’, ‘Numbers’, and ‘The Bells of Charlemont.’”

Bryce Hockema, who plays Ethan, is a theatre veteran having performed in plays such as “As You Like It,” “The Sound of Music,” and “The Mousetrap.”

“I have had an amazing time getting to know and play Ethan,” Hockema said. “He and I have a few similarities, but there’s plenty of differences that make him such a fun character to play. The script gives his character a lot of wiggle room to experiment and try new things during rehearsals and that’s something I really enjoy about the creative process.”

Opening weekend, Julia Page Smith will play the part of Bella.  Smith said that Bella is a stretch for her to play  because she is very loud, proud and a business savvy Italian.

“As I became Bella, I realized how similar we are to each other. She may be all those things on the surface, but she dreams of lasting love, happiness and success. That’s the best part of acting because you discover yourself in the people around you, the good, the flawed, and all of the other infinite possibilities.”

Anderson said directing the cast has been an enjoyable experience as the students have been supportive of each other and artistically collaborative.

“They’ve created a fun positive atmosphere at each rehearsal. For a director its a wonderful experience to give notes and see talented student actors immediately respond and grow from there. Seeing this play come to life has been a joy,” she said.