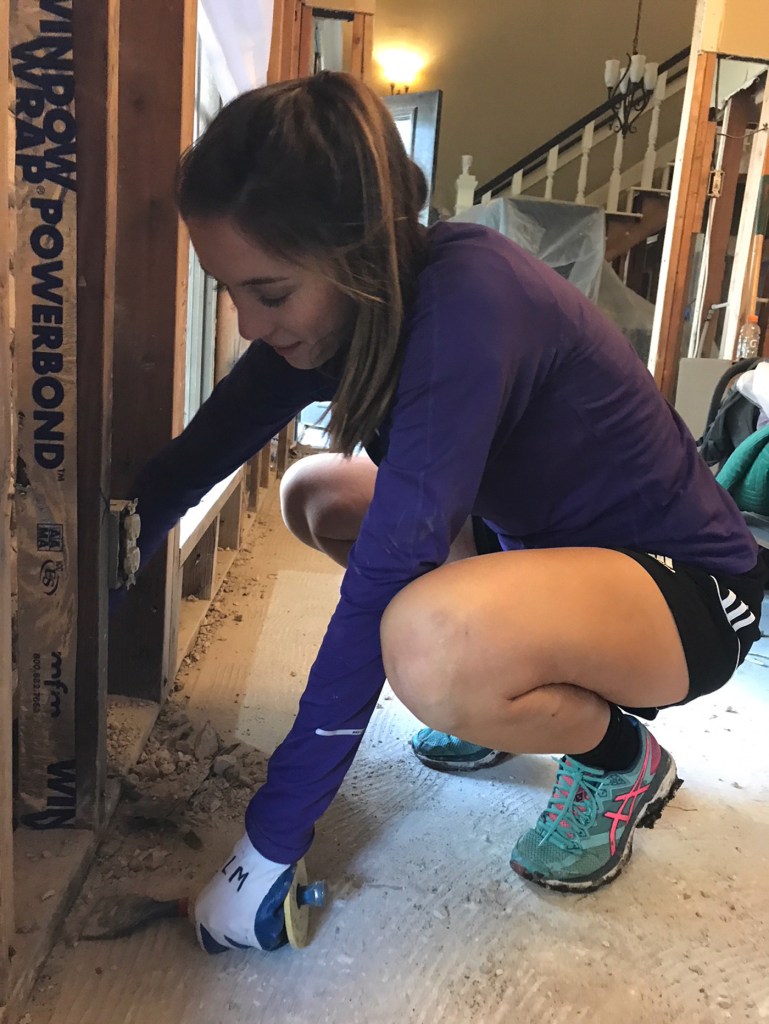 Asbury University students recently took six days to travel to Houston and help the disaster relief efforts for those affected by Hurricane Harvey earlier this year.

Thirteen students spent time seeking donations, applying for mission trip funds and even paid out of their own pockets to travel during the holidays to help those in need.

“Seeing the damage first hand changed so much of their perspective,” said Greg Haseloff, campus chaplain and leader of the trip through the university.

“The first few hours we were in this big city and we didn’t see any damage. However, on the first morning, we went to work, we turned off the interstate and drove past a handful of businesses that appeared closed. We then turned off a major street into a neighborhood. The students became silent. You could feel their empathy and a collective silent express of, ‘Oh, this is a major devastation.’”

A few months after the floods of Hurricane Harvey hit Houston and surrounding cities, Haseloff said they witnessed piles of debris and only 15 percent of the homes seemed to be occupied when they turned into nearby neighborhoods ready to lend a hand.

In a portion of a city where the flooding was not expected, he said a significant amount of the neighborhood did not have flood insurance.

Each student, Haseloff said, encountered at least three families who were directly affected by the storm. Witnessing multiple organizations responding to help serve the community, he said students became aware that 85 percent of those volunteering were Christian.

Pete Manchester, a sophomore, said learning about the disaster in Houston confirmed his belief that it is important for the church to take responsibility for the people around them.

“When I heard there was going to be a trip, I saw it as an opportunity to exercise my faith, putting it in action to serve people in need,” Manchester said. “I have been lazy about such action in the past, and taking a week to help rebuild damaged homes in a place that just needs people who are willing to work is the least I could do.”

Haseloff said Asbury University students wanting to reach out in the community to help Hurricane Harvey victims is not surprising to him, but very impressive.

“I’m very amazed by how students are willing to help and go in the name of Jesus to be part of the recovery of Houston.”