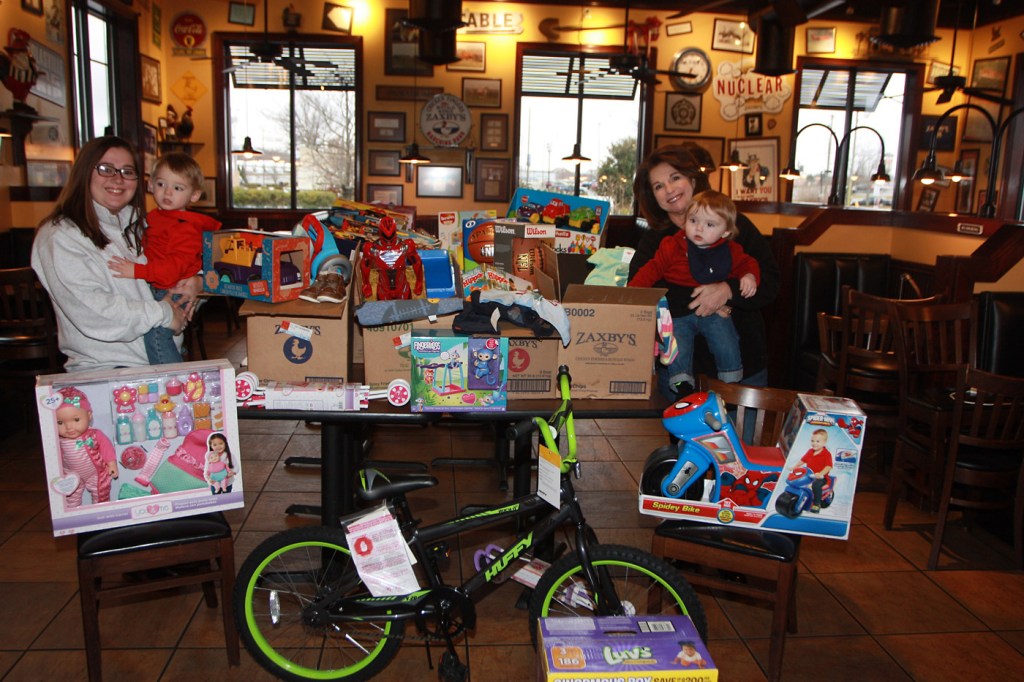 For Danica King, former general manager and now a Zaxby’s consultant, collecting toys for Zaxby’s Princess Angel toy drive is just a way to give back to the community by making sure no child goes without on Christmas morning.

In its sixth year, King said the Princess Angel’s toy drive was able to help 20 families through the Salvation Army this Christmas season in Jessamine County.

“I collect it throughout the year, whatever I can find on sale,” King said. “I just want to give back and make sure none of the kids go without on Christmas.”

Sandy Adams, owner of the Nicholasville, Richmond, Danville and Frankfort Zaxby’s locations, said King is a giver not a taker, and that employees give whatever they can year round to help with the collection.

“We have a princess pig in the office,” Adams said. “They feed the pig. Whatever they raise throughout the year, the company matches. There are other donors, such as my family. We also have people now that know about it and donate.”

Buying items off of a wish list, King said donations typically consist of clothes, toys and necessities such as coats, socks and shoes. She said every child is then presented with an outfit and usually one or two of the toys they wanted.

“In year’s past we used to wrap them,” Adams said. “Now the families are in charge of wrapping. So they know what everyone is getting.”

King said her shopping starts the beginning of January and continues year round. Watching sales and clearances helps her be able to get everything she needs for the children on their list while staying on a budget.

Adams said King is also not above asking for a further discount from managers at stores as well.

“She has always wanted to do more every year,” Adams said. “We see a lot of needs we try and help. We try and do as much as we can, but there are still so many needs out there we can’t do them all. They know though that if they have a couple people that do not have anything they will call and we will try and help.”

In fact, in a statement released earlier this week the Salvation Army is still in need of donations to help 100 children in Jessamine County. Those who wish to help are urged to call 881-4241, or stop by 205 S. First St.

Since starting Princess Angel at Zaxby’s, King has had two children of her own — a two-year-old and an eight-month-old. After having children, she continues to see the same need as before.

“Now, I take them with me,” King said. “They are obviously not old enough to know what is going on, but I hope growing up they do and that they will see by example (the importance). We need to do more.”

Adams said there is still so many names every year left on the Angel Tree in need of donations at the Salvation Army. King, she said, has a very good heart, which is a rarity sometimes, and reiterated, “It is better to give than to receive.”