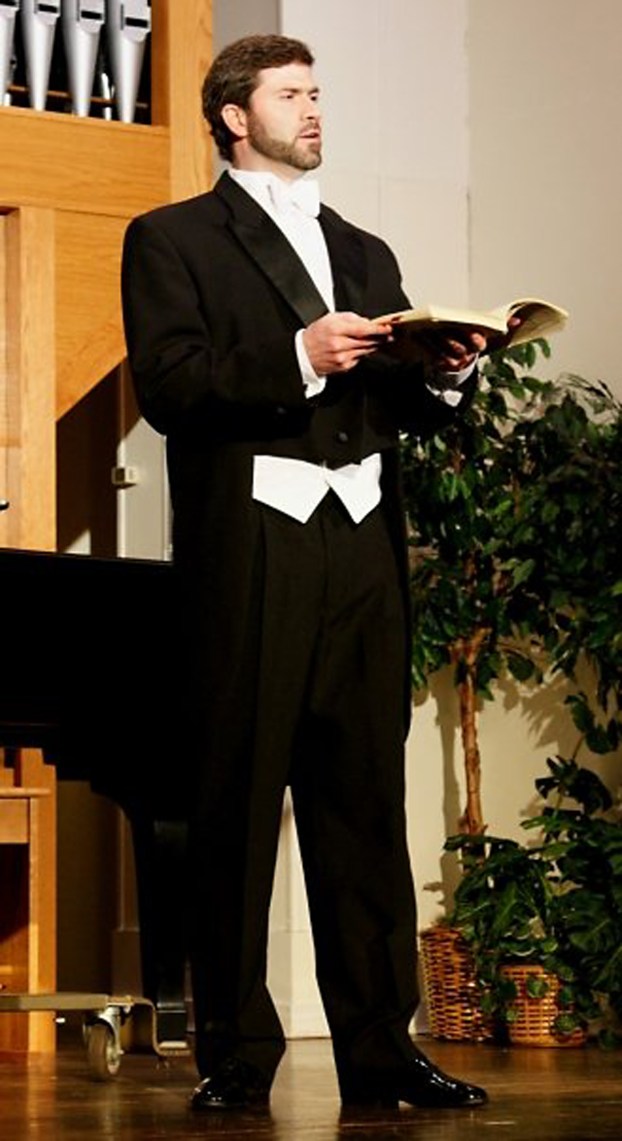 Sing-a-long with a 400-year tradition

An almost 400-year-old tradition will feature the bass-baritone singing talents  of Wilmore resident Daniel Koehn this weekend in Lexington.

Taking place at 7 p.m. Dec. 16  at the Lexington North Stake Center located at 2459 Sir Barton Way, Koehn said the sing-a-long will consist of a choir, four soloists and an orchestra.

Koehn attended Asbury College in Wilmore and has been singing since he was a child. Performing in several musicals in high school and community theatre, he then went on to study voice at Asbury College and received a masters in vocal performance from the University of Kentucky. After singing opera professionally for three years, Koehn returned to Kentucky in 2009 and attended University of Kentucky once more, receiving a doctorate in vocal performance.

Koehn then returned to Wilmore, where he has lived since 2015.

“Music provides a wonderful means of expressing and sharing the deep longings, sufferings and joys of the soul,” Koehn said. “It has been a constant companion and friend to me in life. The arts are powerful, having the ability to connect us to truth and beauty in both simple and profound ways. Their influence on us is strong.”

“I love the music of the 20th Century opera set in the western hills of Tennessee,” Koehn said. “The story is riveting and the role of Blitch is quite dramatic. I had the opportunity to perform this role at University of Kentucky across from my wife to be in the title role and then at Central City Opera, both under the stage direction of Michael Ehrman, one of my favorite directors.”

Composed in 1741, Koehn said that Handel’s “Messiah” is arguably one of the greatest and most famous works of music in western history. Performed multiple times a year at both Christmas and Easter, Koehn said it allows listeners and musicians everywhere the opportunity to consider the scripture set to beautiful compelling music.

“I always enjoy singing the ‘Messiah’ bass solos,” Koehn said. “Though I am pleased to be a part of a lasting tradition, I rarely think about it. I believe that the inspiring nature of the text and music of ‘Messiah’ is more impactful on me than the history of its tradition.”

R.J. Corman has joined forces with the Kentucky Labor Cabinet and will offer apprenticeship programs  at the beginning of 2018.... read more