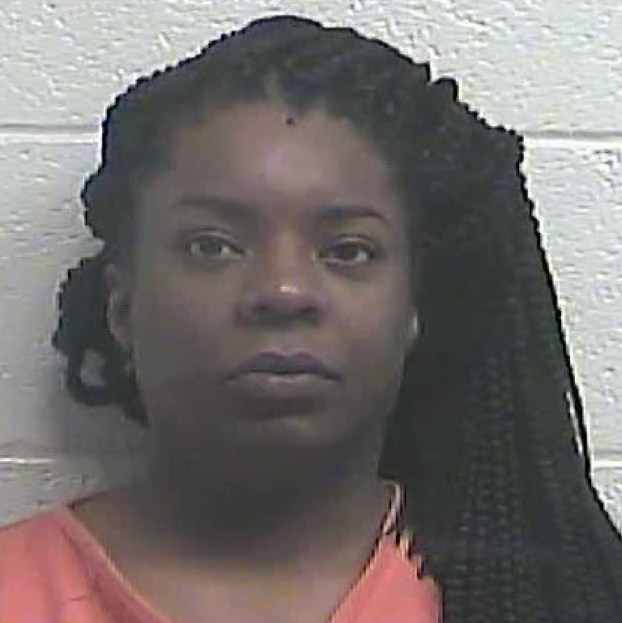 A Nicholasville woman was arrested on Dec. 6 on domestic violence charges for assault in the fourth degree.

Ariane Washington, of 225 Maryrose Lane, advised officers that her and her boyfriend, Jamael Powell, had been arguing and fighting most of the night after they had been dispatched on a report of physical domestic violence, according to a report released by the Nicholasville Police Department.

The couple reside together and Washignton advised officers that Powell threw her to the ground two times during their altercation, according to the report. Officer Lewis spoke with Powell who advised him that Washington struck him in the face and back of the head several times, and that his left eye was hurting and swollen. Powell then proceeded to show officers a recorded video on his phone showing him walk away from Washington and Washington follow him while swinging at his face and back of his head with her hand, according to the same report.

Upon further questioning, Washington advised that she initiated the contact by pushing Powell away from her two times. She then advised that it “came to blows after that,” and she was the first to throw slaps at Powell.

Man arrested for stealing items from mailboxes in Nicholasville

A Nicholasville man was arrested on Dec. 7 for charges of theft of the mail. Micheal Trent, of 205 Cool... read more