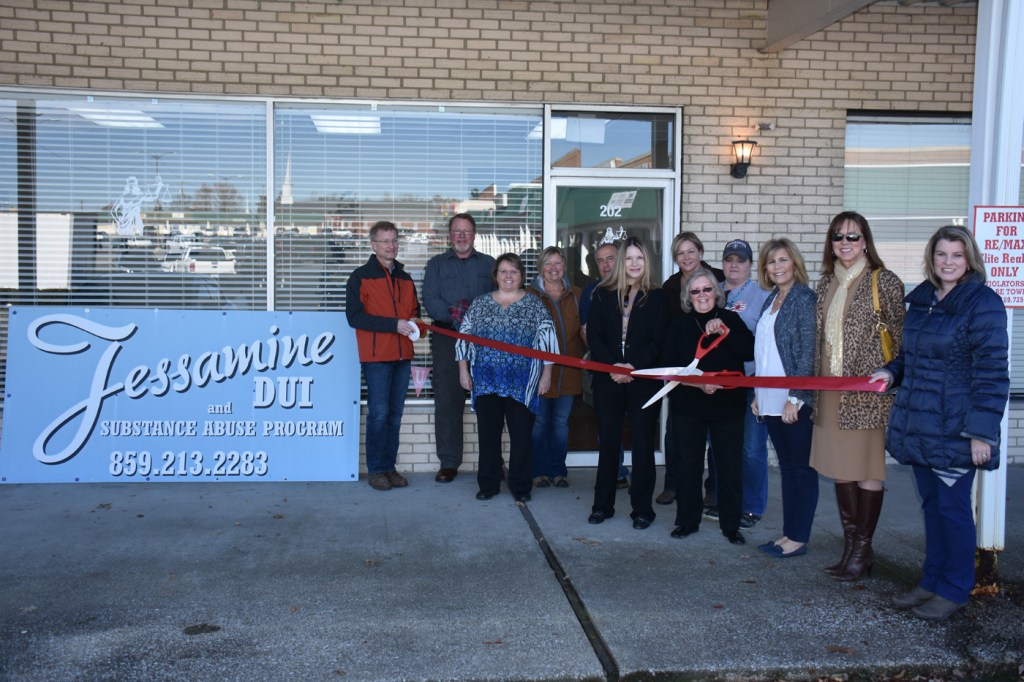 For Wanda Beckley, directing the Jessamine DUI and Substance Abuse Program is about caring and trying to help another person with addiction.

The program celebrated with a ribbon cutting last Wednesday. Beckley said running the program was something she never planned.

At the ribbon cutting, Beckley said she was asked why she started this kind of work. It started at Christmas time, when she had no money for presents for her children and no food to cook, she said.

A social worker from the children’s hospital in Louisville who had helped one of her children once when they were sick arrived with toys, food and clothes. Beckley said she was inspired by that example and thought that is what a social worker should be.

“My journey from alcohol and prescription medication to having a DUI program was not in my plans for life,” Beckley said. “However, getting a DUI was the beginning of a life changing future I did not see coming and I wasn’t prepared for.”

Married for 20 years, Beckley said she and her husband had five children. Beckley also said she had a 10th grade education and lacked skills to enter the workforce, making her work based mainly in night clubs and country clubs.

As an under graduate, Beckley said she did a practicum with the third DUI program in the state and found her calling. Twelve years later, she continued working with other programs until she took over the Jessamine DUI and Substance Abuse Program.

The program offers DUI assessment, 20-hour education that cycles every three weeks, out-patient treatment, as well as intensive out-patient and individual counseling. Exposure to the recovery community such as Alcoholics Anonymous and Narcotics Anonymous and other church recovery groups is also encouraged through the program.

“The work setting prepared me to work with this population,” Beckley said. “After a divorce, getting into recovery and getting a GED, I enrolled at the University of Kentucky and received a masters in social work. While in school, I worked for the first women’s program in Kentucky.

“It is our belief that people thrive best in a loving supportive community. Education and  treatment are only part of the solution.”