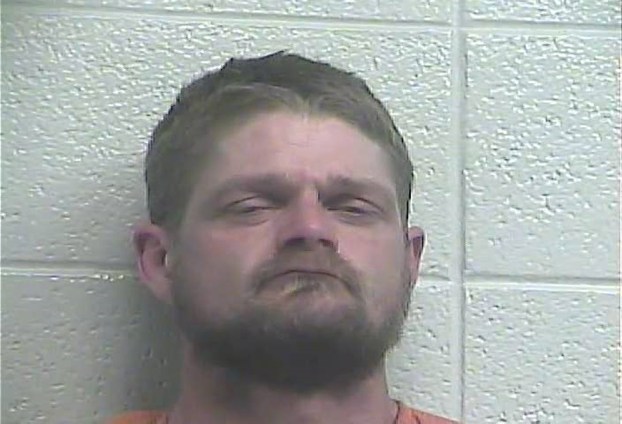 A Nicholasville man was arrested on Dec. 3 on charges of public intoxication, possession of a controlled substance and possession of drug paraphernalia.

Mark Walters, of 1139 Hunters Ferry Road, was taken into custody after officers arrived on Cypress Street, according to a police report from the Nicholasville Police Department.

Walters was identified as wearing no shirt, jumping around on the porch and pacing up and down the street, according to the report.

Upon arrival, Walters was waiving his arms around, sweating, and acting nervous, the report stated, adding that officers believed he posed  a threat to himself and others.

While being placed under arrest for public intoxication, Walters was searched and was found to be in possession of two syringes and a metal spoon, according to the report. After being asked if he  had drugs, Walters was taken to the Jessamine County Detention Center. Upon arrival, jail staff located a plastic bag containing a crystallized substance suspected to be methamphetamine, according to the same report.

A Lexington man was arrested  on Dec. 3 for possession of a controlled substance and drug paraphernalia, according to a... read more