Humor, excitement and a happy ending 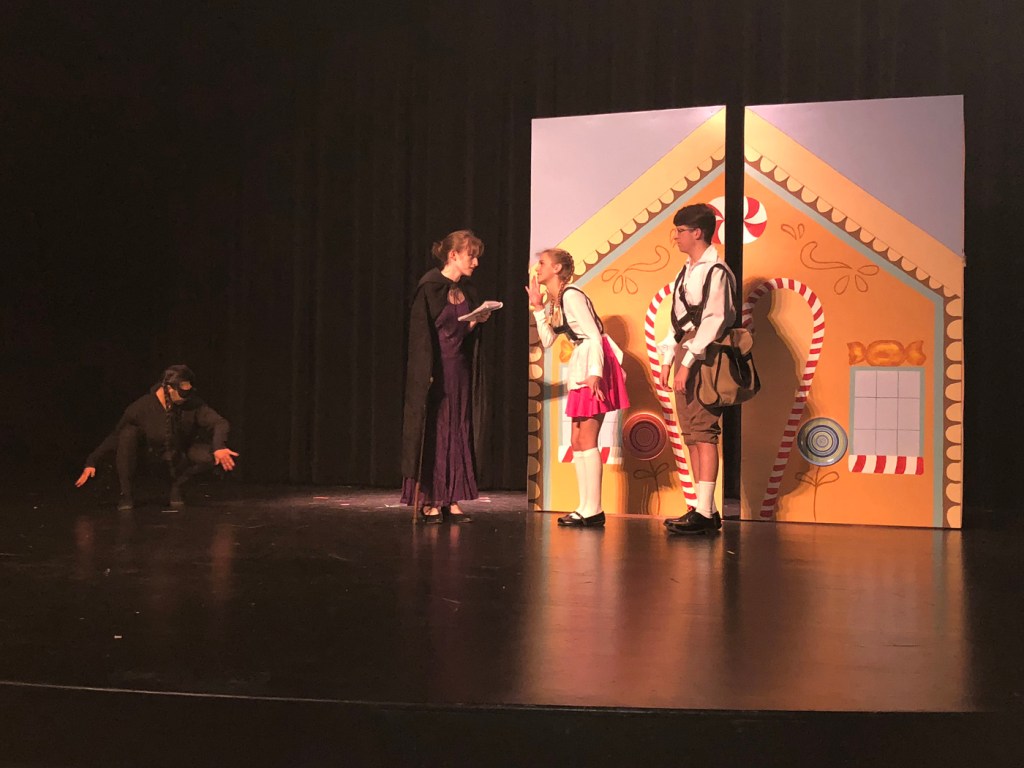 ‘Hansel and Gretel’ comes to WJHS

West Jessamine High School has been busy preparing and is now ready to bring “Hansel and Gretel” to the community this week.

Tickets are also being sold for a special meet and greet after the Saturday matinee performance where children will be able to meet the characters from the play. Tickets for the meet and greet are $2 for adults and $5 for children and students. Tickets can be purchased in bundle packages on the play’s Facebook page.

Ever since her freshman year when she was introduced to student-led productions, director Amelia Fitch said she has always thought of “Hansel and Gretel” as a great idea for a show.

“Finally when I thought of what story idea to base this show off of I decided to go with the story that I thought of since the beginning,” Fitch said. “Of course I had others set aside just in case. But when I gave Quint Bosse, the writer of this amazing script,  all my fairytale ideas and asked him to come  up with a storyboard behind it, ‘Hansel and Gretel’ is one we both felt a real connection with.”

Fitch said that the team working on the production consists of 12 actors, nine tech people, 10 TEC members and seven students in the production staff. The director held two days of auditions and each actor was selected on how well they portrayed the character.

“Many of these actors are freshmen and have never been involved in a student-led production,” Fitch said. “However, we still have many returning members.”

Katrina Stryker, cast as Gretel, said she knew many girls were trying out for the part but tried not to think about the competition when it came her turn.

“When I auditioned, I tried my best to not think about the competition and to just do what I love and hope for the best,” Stryker said. “I was very excited and honored that our director, Amelia Fitch, picked me to be one of her leads because she is such a talented actress and leader. I have the utmost respect for her. I was thrilled to get to work with her to bring her show to life.”

Stryker said that people can expect a story that is not like the one they think they know. Their show, Stryker said, is different and offers lots of surprises.

Stryker said she hopes people like how many different personalities each character has and that each is super unique and contributes a lot of depth to the story.

For Caleb Ward, cast as Hansel, this is his first production that he has performed at West Jessamine High School. He said he felt very overwhelmed, thankful and honored when he realized that he was cast for the part.

Fitch said those who attend can expect a show for all ages.

“It has humor, excitement and a happy ending.”