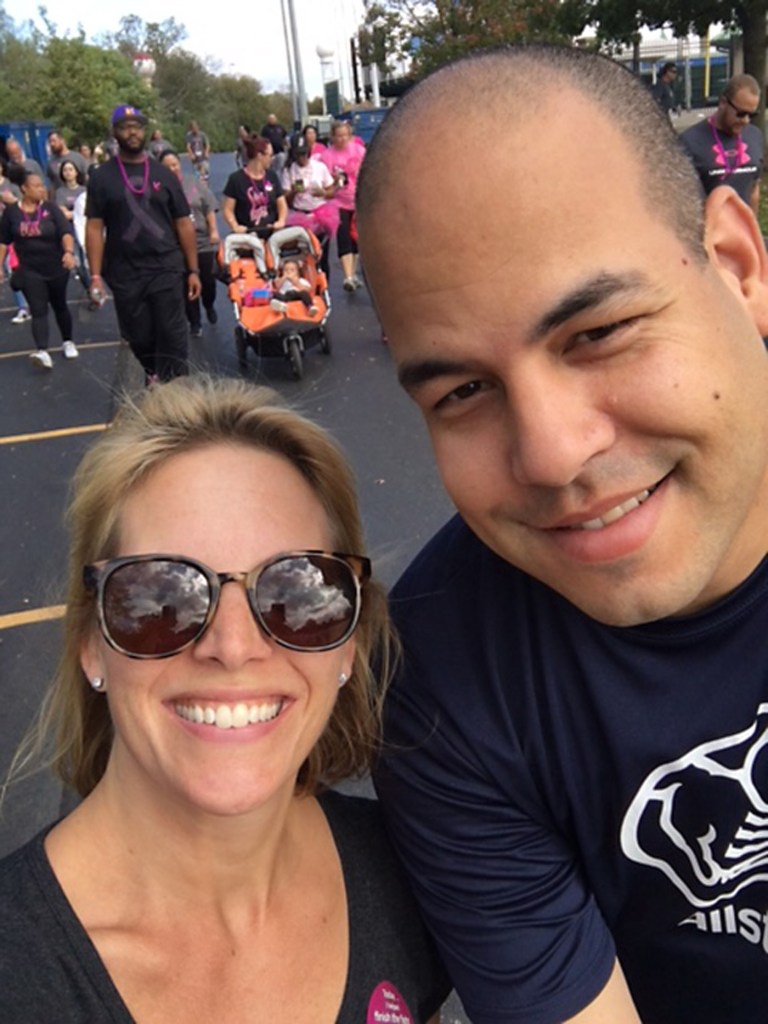 Jay Canizal said he feels passionate about his participation in last month’s American Cancer Society’s Making Strides Against Breast Cancer Walk because he, in fact, is a cancer survivor.

Owner of the Jay Canizal Allstate Agency in Nicholasville, Canizal said he was already planning to attend when Allstate reached out to him to recruit agents.

Together, with other Allstate agency owners and sales professionals from Nicholasville and around the area, Canizal helped raise $5,000 for the American Cancer Society.

“I wanted to go, so I figured I might as well represent the company and say we are here,” Canizal said.

“I experienced what most people are afraid of, and what is a very scary name. I had a mass in 2008 or 2009 in my nasal cavity. Unfortunately, it was not good. They did a procedure and removed it. I had one round of chemotherapy to make sure it was not spreading anyplace else.”

Canizal said, fortunately for him and with support from his family and friends, it never came back. He was able to get early treatment and was able to beat it.

“I am very young,” Canizal said. “The type of cancer it was doesn’t affect young males. The good news is, with early detection, I could continue life after that and even became a dad. One bad news changed my life for the better.”

Canizal, along with his wife Natalie, now have two sons. Dalton, 5, and Nolan, who is 2. He said his decision to walk was to bring awareness not only for the cancer he fought but for the company he works for.

“Our foundation got together and volunteered to the American Cancer Society,” Canizal said. “That is something that Allstate feels very strong about, focusing on improving the community and people’s lives. Coming from someone that was on the other side, I needed help. They might not have helped me directly, but they do help thousands of people. They care for folks. I have seen it first hand. Bringing that to a community and making them aware helps.”

Canizal said they only raised $5,000 this time, although he wishes it was much more.

“I wish it was $10,000 or $20,000. Maybe next year we can get more people on board and raise more money,” he said. “Even though it was a small group of people, I was walking with my head held high. I was able to give back to the community.”