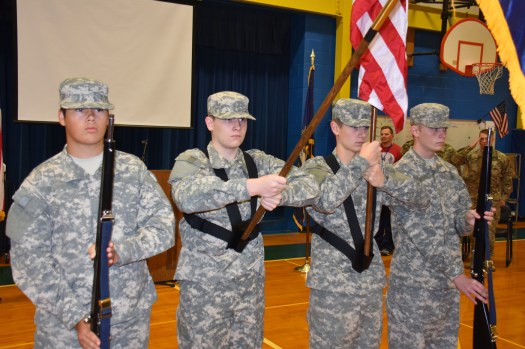 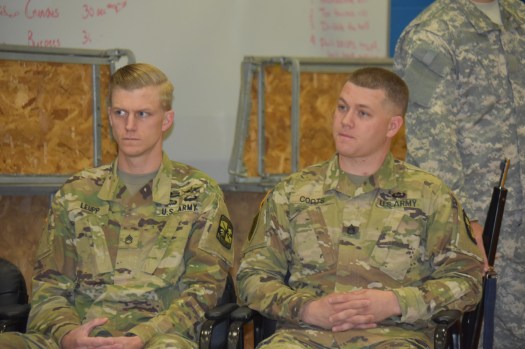 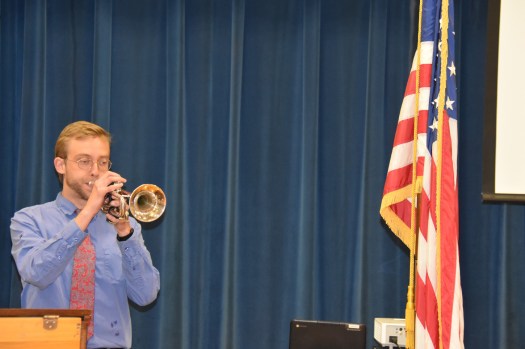 The assembly began with a presentation of colors by JROTC students while the RDES Eagle Chorus sang “The Star Spangled Banner” and Nathaniel Duncan and Taryn Feck led the Pledge of Allegiance.

The event featured two guest speakers, SSG Eric Coots and SSG Andrew Leupp, who both spoke about why they wanted to be soldiers in the United States Armed Forces, and the honor and importance of the duty. Both speakers spent time meeting with students and answering questions after the event’s conclusion.

After a moment of silence for the veterans who have fallen, music instructor Darnaby Kerns performed “Taps” and John Hazlett offered a message on the holiday’s meaning before the Eagle Chorus capped off the assembly with a performance of “My Country Tis of Thee.”