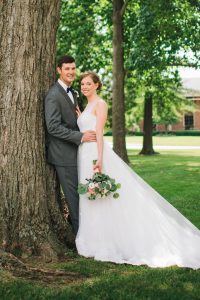 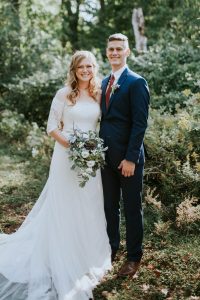 Wilmore twins Heath and Beth Crist were married three months apart from each other this year.

The Crists are the children of Randy and Sarahlynn Crist, and grandchildren of Charles and Sarah Crouse of Wilmore. Heath and Beth graduated from West Jessamine High School in 2009 and Asbury University in 2013.

Beth married Jordan Robson of Sterling, Kan., son of Terry and Kristin Robson, on July 1 in Hughes Auditorium at Asbury University. Beth is an art teacher, and the couple just moved to South Korea, where Jordan is serving in the U.S. Army Band.

Heath married Katie Kestner of Springfield, Ill., daughter of Doug and Linda Kestner, on September 30 in her home church. Heath and Katie are both physical therapists, and just moved to Phoenix, Ariz.